The reason that the melodrama and the thriller could overlap in is because Joo Young-do (Kim Dong-wook), a psychiatrist and homicide advisor, was able to capture psychological aspects such as ‘mental trauma’. In other words, it was related to the trauma caused by his father’s habitual domestic violence when Kang Da-jeong (Seo Hyun-jin) was a young man who kept meeting and hurting men like garbage like so-called ‘garbage magnets’.

On the other hand, the reason why the cold-hearted Ian Chase (Yoon Park) keeps getting put in a criminal situation is because of the trauma he was abandoned without even having a name in the past. So, between these two characters, Joo Yeong-do is able to tell a story of two aspects: a melodrama and a thriller.

The atmosphere like a cruel fairy tale that was spread at the beginning of the drama made me look forward to the junction between this melodrama and thriller.

But that good start did not lead to success. With the death of Chae-jun (Yun Park) and the appearance of twin brother Ian Chase, the thriller’s tension increased even more, but it began to diverge from the melodrama created between Kang Da-jeong and Joo Young-do. Synergy must be created when two seemingly heterogeneous stories are combined into one, but reveals a flaw in perfection as if two different dramas were forcibly connected.

As a result, thrillers with serial killings are only used as stimulants for ordinary melodrama, but have no meaning by themselves.

The thriller events that have almost reached the second half, but still have no choice but to guess, make viewers perplexed. Viewers, who cannot help but wonder about the truth, feel frustrated with the author who doesn’t reveal these minimal clues.

Instead, the drama is filled with melodrama. The sweet melodrama between Kang Da-jung and Joo Young-do and warm friendships and relationships with the people around them fill the whole drama.

However, even in the melodrama, when Da-jeong Kang and Young-do Joo suddenly face a breakup phase, their heads are tilted.

It is embarrassing to see Joo Young-do suddenly grabbing her heart and almost having a car accident, and collapses, but Joo Young-do, who has received a heart transplant, has to stop dating in order not to put a strain on her heart. However, it is difficult to understand the setting of giving up in the end.

Of course, the scene where Da-jeong Kang and Young-do Joo pour out cold words in order not to hurt each other is enough to stimulate emotion with the lines alone.

In particular, Joo Young-do deliberately tells Kang Da-jeong as a ‘garbage magnet’ and calls herself ‘garbage’ to make the breakup less painful, or Kang Da-jeong gets angry, making it a little easier for Joo Young-do to break up. Such ambassadors are like that.

However, even the lines that stimulate this emotion are volatilized because there is not much consensus on why they have to suddenly choose such a breakup. It’s unfortunate. 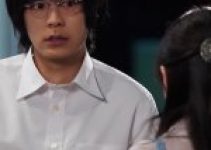 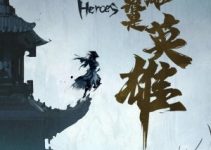 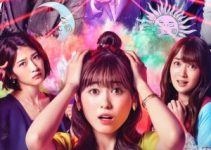