During the prosperous Tang Dynasty, two beautiful girls in Yangzhou got married on the same day. Qi Tianlei, the third son of the Qi family, who is to be married by Du Bingyan, the maid of the medicine hall, is a well-known prodigal son who is seriously ill and will die at any time. Du Bingyan agrees to marry him but has another purpose. The martial artist’s daughter Li Yuhu is going to marry the thief Yuan Dawang. Yuan Dawang kidnapped Li Yuhu’s father Li Biaotou and forced Li Yuhu to marry him. Little do they know that Yuan Buwang is dressed as a Yangzhou Yamen apprentice catcher, Yuan Buqu. In order to solve the case, Yuan Buqu Self-defeating to do this. Li Yuhu didn’t know the truth and wanted to take the opportunity to kill the bandit. Both marriages contain risks and it is really helpless. If it is not done well, the former’s red happiness will turn into white happiness, and the latter’s recklessness will be exchanged for death. The two young ladies were weeping to themselves for their hardships. On the day of the wedding, the two bridal teams left the city at the same time, and rested together in the mountain temple on the way. Suddenly, there was a fire in the temple, and in the panic, the bride got on the wrong sedan chair.
Li Yuhu entered the Qi Mansion and fought wits and courage with Qi Tianlei, who pretended to be sick. Du Bingyan and Yuan Buyi formed a good relationship by mistake. The team worked together, not only to clear Qi Tianlei’s crime, but also to help Yuan Buqu eradicate corrupt officials and other underworld forces, and at the same time to revitalize Qi’s family business.
The yin and yang differences lead to two twists and turns and bizarre, criss-crossing love stories, which fulfilled several couples who were affectionate. 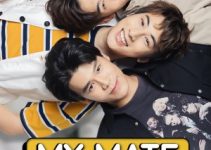 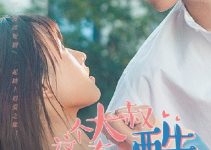