Home
Drama
Who Is the Murderer (2021)
Tweet Pin It

This year’s most popular suspense drama “Who is the Murderer” in the Mist Theater has ushered in a big reversal tonight.

After encountering “The Mystery of the Octagon Pavilion” and “Deadly Wish” successively “Waterloo”, “Who is the Murderer” starring Zhao Liying, Xiao Yang and Dong Zijian became the last straw to save the fog theater. The broadcast popularity of 8600 points not only made it surpass “The Hidden Corner” of “Climbing the Mountain Together”, but also became the first viewership of “Mist”. Hot discussion.

The play tells the story of a serial murder case that uncovers the truth. Xia Mu, played by Dong Zijian, was an eyewitness to a murder that year. The victim was his teacher. At the age of 5, he was unable to point out the murderer. Years later, he worked hard to become a policeman and returned to the place where the crime happened. , found that Leng Xiaobing played by Xiao Yang and Shen Yu played by Zhao Liying were inextricably linked with the case back then, and they were doing everything possible to hide something…

Since the Mist Theater is only updated on Sunday-Tuesday, Shen Haiyang, He Weiguang, and Zhao Liying, who were suspected by the audience before, were all confirmed to be not the real murderers, and the audience speculated that Xia Mu’s father and grandfather were the real murderers. With the abrupt end of last week’s 12 episodes – according to the DNA comparison, it was confirmed that Shen Haiyang had been turned into a skeleton, which means that it was confirmed that he could not be the murderer of the serial murder case.

The fourth episode of “Who is the Murderer” induces the audience to point the murderer at Shen Yu’s (Zhao Liying) father, Shen Haiyang. But those who are familiar with suspense routines should know it well. If a 16-episode drama can let the audience guess the murderer by the fourth episode, it must not be so simple. Since there are many plot clues in the first 12 episodes, which line can be deduced to be close to the truth, the audience and friends are extremely brain-burning. 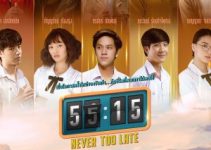 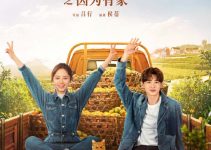