The youth inspirational voice love drama “If the Voice Has Memories” starring Wei Zheming and Pan Meiye will officially land on Mango TV and broadcast exclusively on December 9. The play tells the story of Yu Luxi (played by Pan Meiye), a rookie who has just entered the dubbing circle, and Lin Nan (played by Wei Zheming), a dubbing god who hides in the workplace, hand in hand, and harvest beautiful love on the road of struggle and dream. Since the official announcement, “If the Voice Has Memories” has attracted the attention of a large number of audiences. In the play, the two became attached to each other because of their voices and fell in love with each other because of their voices.

From the sound to the love, the rookie’s immersive love is full of highlights

Different from the conventional setting of domestic romance dramas in the past, “If the Voice Has Memories” takes the dubbing industry as the story background, combines the attributes of love with the fate of the voice, and tells the story of a romantic love between a great god and a rookie. In the play, Yu Luxi entered the animation dubbing company where Lin Nan is the president in order to better learn dubbing skills, but unexpectedly found that his boss Lin Nan was the dubbing god he had admired for many years – Mai Wutianxia. The two became attached to each other because of their voices. During their long-term relationship, they exchanged hearts and developed feelings for each other. They walked all the way to realize their dreams and staged a sweet voice love.

In addition, the identity setting of the characters with strong contrast in the play is also a highlight. Lin Nan, played by Wei Zheming, is not only an elite boss in the workplace, but also a dubbing god hidden behind the scenes. In front of him is a strict and harsh cold-faced president, but behind him is a gentle, arrogant and jealous person. The episode has not yet aired, and the role of Lin Nan has already won the love of many audiences with his good-looking appearance and full character setting. And Yu Luxi, played by Pan Meiye, is not only an optimistic and positive girl, but also has the courage to not be afraid of difficulties and move forward towards her dreams, and finally successfully advanced to a professional voice actor under the guidance of Lin Nan.

Ascending dream-chasing, immersive love, a romantic romance between a great god and a rookie kicked off.

In order to better present the industry ecology of the dubbing industry, the crew of “If the Voice Has Memories” also paid special attention to the production. They not only visited a number of animation dubbing companies, but also used this as a reference to build the “Feng Ling Company” and drama series. The recording studio required for shooting ensures the professionalism and restoration of the dubbing-related scenery. In addition, the crew also specially invited Huang Zhenji, Shan Xin and many other industry dubbing celebrities to provide on-site guidance for the creation of the drama, which truly restored the details of the daily work of the dubbing actors.

As a youth inspirational voice love work with positive energy as the background keynote and love sweet pet as the plot atmosphere, “If the Voice Has Memory” not only has ingenuity in details such as clothing and scenery, but also pays attention to the creation process. Take social responsibility and spread social value. The series covers several core topics such as family, friendship, love, ideals and self. While telling the sweet story of voice and love, it reproduces the attitude of contemporary young people towards family and career. The play aims to convey love and energy through heart-warming stories, arouse the public’s concern for their families and persistence in their dreams.

With the help of a wonderful sound fate, “If Sound Has Memories” vividly depicts the dream-chasing story of a group of young people who love sound and love life because of sound. The drama will be broadcast exclusively on Mango TV on December 9, so stay tuned. 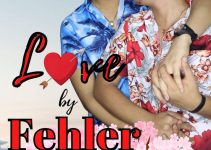 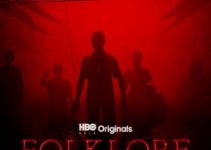 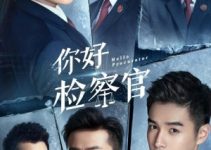