It has been decided that the special drama “Love Beginning with Lies” will be broadcast on NTV on June 27, 2021 from 11:00. The cast’s comments have arrived.
“Lies” are an integral part of the bargaining of love.
A love pattern woven by four men and women who have a slightly unreasonable “lie”. A new romantic comedy
that depicts true love that begins with lies in an era when it is a little difficult to step into a new love.

Joyed by lies, cried by lies, sometimes deceived, sometimes pretended to be deceived …
“Love bargaining” like a “human wolf game”

A woman who can’t believe in love because of a “lie”, a man who can’t start a love without telling a “lie” to herself . ??

Immediately after the terrestrial broadcast, Hulu’s original story, “The Honne of Liars,” which includes “hidden lies” and “after love,” which was not drawn on terrestrial broadcasting, is scheduled to be delivered.
In addition, the previously broadcast special drama “Remote de Korosareru” and “20 conditions to fall in love with the app” starring Tsubasa Honda will be broadcast on TVer for free for a week. The original version is also available on Hulu.

STORY
Riko Kasai (Tsubasa Honda), who was lied to by her boyfriend who had been dating for 10 years and abandoned her engagement, comes from Aomori to Tokyo to find someone who will make her happy.

Rolled into the house of Yuri Shinohara (Maika Yamamoto), a cousin of a charismatic shop clerk,
asked to be brought to a pick-up spot in Ginza for an encounter, and asked for Nampa’s guidance.
It was Haruhiko Izumi (Fuju Kamio), a puppy boy, who approached them.
“Excuse me, is it okay for only 3 minutes? It’s noisy when my senior calls out …”
When I was taken by Haruhiko, who was approaching skillfully, I was there by myself at a major trading company. Was a man in the city, Junnosuke Kamoshita (Keita Machida).
After a while, Riko, who had drunk too much, wrapped up a kuda with a Tsugaru dialect and hit Junnosuke with the complaints of a former boyfriend who broke up.
Junnosuke noticed that Yuri and Haruhiko had disappeared, _ “I was forced to lose, he was … ” “Huh !? Who is missing?” _
Yuri also learns that Haruhiko was actually a part-time worker the next morning and lied to a junior at a major trading company.
“I don’t have time for an empty person like you!”
The two who had the worst encounter in Nampa join the “online human wolf game” in search of a new encounter.
However, it was Junnosuke and Haruhiko who appeared there again … 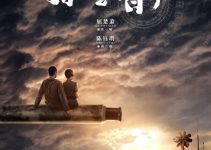