The world after Ultraman Rosso and Ultraman Bull left Ayaka City. In space, the Ultra Dark Killer, who was once defeated by the Ultra 6 brothers, has revived and has begun activities in an attempt to eliminate all Ultra Warriors. The dark killer creates their darkness from Ultraman X and Ultraman Geed and overwhelms them, and also confine Ultraman Grigio in Ayaka City to the Dark Killer Zone together with Ultraman Zero.

Ginga and others “New Generation Heroes” gathered in the land of light rush into the dark palace of the planet Tennebris, the root castle of the dark killer, in order to rescue Zero and Grigio. And Ribut also searches for the blue giant who is dying behind the dark killer.

Ginga and his friends struggle under the control of the Dark Killer, but with the grace to Zero, they transform into a form related to him and defeat the Darkness, and the Dark Killer is also defeated by Ultraman Lube. Meanwhile, Ultraman Tregear, a blue giant who was ambushed by Ribut, revives Zero Darkness and Dark Killer and escapes. Zero and Ginga transform into the strongest form, and after the final fierce battle, completely defeat the dark killer who revives many times with the combined technique New Generation Dynamite.

Immediately after that, a series of masterminds, Tregia, appears, and next they leave, revealing that they will extinguish the land of light. In the face of a new crisis, the Ginga and others left Grigio’s return to zero and took off in pursuit of Tregia. 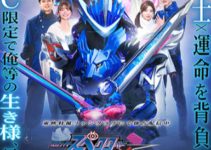 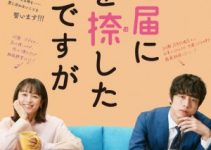