And Shen Mingbao, a professional woman in her thirties, meets Yang Zheng, an IT man, and the two quickly enter into marriage. But the newlyweds are so busy that they can only see each other twice a week. Shen Mingbao’s young Xue Kexin is a white and rich beauty, and she just married Chen Tong, an actor who is eight years younger than her. In order to let her husband have a career, she bought a company, and who knows it is the company where Shen Mingbao works. In order to make up for the loss of customers, Shen Mingbao worked harder, resulting in a miscarriage. Yang Zheng resigned for her after learning about it, causing a conflict between husband and wife. Xue Kexin and Chen Tonggang disagreed, leading to divorce. Shen Mingbao was pregnant again, but Yang Zheng’s career was suddenly changed. Shen Mingbao had to work harder to bring the company back to life. Xue Kexin’s best friend Zhao Songwen returned to China to start a business and asked Yang Zheng to write code and become a partner, bringing an unprecedented crisis to Shen Mingbao, who was pregnant. Zhao Songwen’s company has a black hole of over 10 billion. She made a decision for Yang Zheng, and Yang Zheng will take all the responsibility if it collapses. Fortunately, Shen Mingbao hacked the company’s intranet and obtained overdue rate data, preventing the enterprise version from going online. In the end, the four experienced hardships and Xue Kexin and Chen Tong just remarried. Shen Mingbao and Yang Zheng faced the choice of marriage 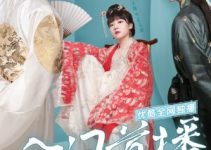 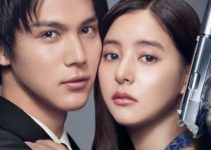