Namgoong-min said through her agency on the 25th, “When I first saw the script, I was curious about what it would look like if this writing was expressed in a video, along with the thought that it was fun and heavy. It was the first beginning of ‘Black Sun’ that she thought to try and challenge,” she recalled her first meeting with the work.

Namgoong-min continued, “I think it’s a memorable project that much, when I see the specific dates such as the meeting with the director, the day I started exercising, and the first filming still in my head.”

The most difficult thing while filming was expressing Han Ji-hyuk’s external image in the play. He said, “Han Ji-hyuk is the person who can subdue two or three adult men with bare hands. He thought he needed a physical ability that overwhelms everyone. It was quite arduous to have to do several things at once, from action to firearms to acting practice. I feel fortunate to be able to finish filming safely.”
Finally, Namgoong-min said, “Working with fellow actors was the best so that every scene looked lovely. I am just so grateful to be able to work with good people on a good project.

I would like to thank the director, all the staff, and the writer, who became the starting point of the work, for allowing me to be with you on ‘Black Sun’.”

Previously, ‘Black Sun’ drew a lot of attention even before it aired as Namgoong-min, who had a sharp and intelligent image, gained 14kg and transformed into a physical reminiscent of a beast. Namgoong-min vividly expresses her hard action as well as her sense of justice and camaraderie with her best-in-class visuals and detailed acting skills. . 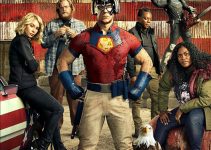