A drama where someone who died this week might come back to life next week. A drama where death was not death. A drama that has a lot of dramatic developments to the point where there is a saying that it is pure prison permissibility. A drama that is too provocative and moves too fast. I wondered what it might mean or if it was just too provocative, but I was so immersed in the drama that I couldn’t get out of it.

Season 3 of the drama Penthouse has come to an end. If I hadn’t been in the military, I wouldn’t have known that a drama like this was airing. The first day I encountered Penthouse was the day my senior was watching Penthouse Season 1 on TV. Since I’m in the military, I can’t change what my senior is watching to what I want to see, so I watched that drama together. However, I became interested in this drama because the story unfolded so quickly and the suction power was great, and it was not long after graduating from high school just in time.

The story of this drama is too long to explain. In the end, it’s a story about adults using all the skills they have to get to the top, and even using their own children. In fact, Lee Ji-ah, who plays Shim Soo-ryun, may not be the only good person, but it contains the story of each of them trying to get revenge on others for their own reasons.

The characters fight the world, risking their lives to rise to the top and put their children in the top spot. And some dream of getting revenge on people who live like that, knowing how much they ruin their children and sacrifice so many people.

Success, I had many thoughts while watching the drama, but the word success came to mind the most. 1st place, success, victory, money, how precious these things are, do you have to fight so fiercely and risk your life?

These days, I’ve been thinking a lot about money. How can I make more money, how can I be more successful, how can I move on to a wider stage, and how can I get a better return on my investment? I had a day full of such thoughts. However, in the process, there was a worry that did not leave.

No, the answer is no . I believe that there are things more precious than money, and money is a means to that precious thing. If I make money the goal of everything, I am sure that an unhappy life will follow me. I’ve come across too many cases like that. So, studying money is good, studying how to succeed is good, but it is important to live a little more freely without missing out on the things I like and prioritize.

I felt these emotions while looking at the penthouse. I don’t want to risk my life like this and live my life only for money and success. Rather than that, I thought that I wanted to live a life with a lot of calm and sweet atmosphere between Ha Yun-cheol and Oh Yoon-hee. 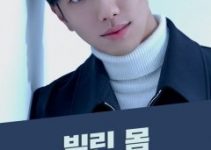 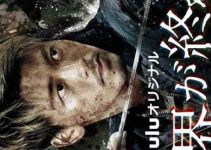 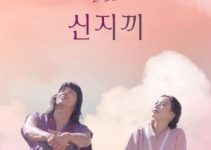