Home
Drama
The One Serving House (2021)
Tweet Pin It

Actress Jin So-yeon shows off her youthful charm in the web drama ‘One Person House’.

According to her agency, Family Entertainment, on the 14th, Jin So-yeon was cast in the web drama ‘One Serving House’, which will be released on the YouTube channel of Seoul.

‘One Person House’ (directed by Kim In-jun, screenwriter Kim Mi-yoon, production manager Woo Ha-kyun, production digital evolution) is a drama in which five characters who are born with the same life and the right to be happy stand alone. It depicts the lives of people with different backgrounds of growth, living in a single-person house.

Jin So-yeon plays the role of Aurora, who is wide enough to count the number of spoons of residents in ‘House for One Person’. In particular, she is expected to show a ridiculous aspect that she will not tolerate as much as a couple stay in a single-person house while she shouts ‘couple hell’ through the aurora.

In addition, Jin So-yeon showed off her solid acting skills by appearing in plays such as ‘Round Trip Letters: Supplementary Lessons in Fifteen Years’, ‘Early’, and OTT platform Kakao TV’s ‘Neo-ra-gi’. In 2020, he lit up his presence with clear features and strong impact in tvN’s ‘Drama Stage – Blackout’ and ‘Touch the Heart’, and showed empathy for reality as the lead Kim in the popular web drama ‘Office Watch’ series. .

Accordingly, there is a lot of interest in the new character and excellent interpretation that Jin So-yeon will show in ‘House for One Person’.

‘House for One Person’, which Jin So-yeon has confirmed to appear in, is a total of eight episodes, and the first episode will be released on the YouTube channel of Seoul on November 26th at 5 PM. 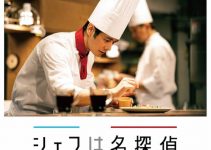 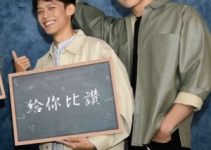 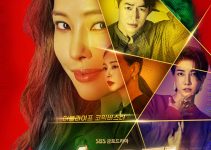