According to Dingo Music on the 7th, ‘The Guys You Want to Catch’ is the story of four police trainees who have become icons of failure in Noryangjin after falling from family members taking a test. deals with

With the support of U+Idol Live production, filming begins this month, and it is being produced with the aim of releasing it in August.

In the work, idol group Highlight Son Dongwoon, Teen Top Niel, Pentagon Wooseok, and Victon Sejun took on the role of F4 and confirmed their appearances. In particular, they plan to inject realism and fun by acting using real names in the play.

First of all, in the play, Son Dong-woon is a character who dreams of a police officer whose heart beats when he hears the sound of a police siren, but in reality he is a dead person in Noryang-jin.

Niel was born and raised in a wealthy family, and after living without a dream, he entered Noryangjin under the belief that a public servant is better than an unemployed person.

Woo-seok is a character full of love who decides to become a police officer after his first love partner Min-jeong-i’s older sister says that a man in a police uniform is his ideal type, and Se-joon is the eldest son of four children who were born into a poor family. is going to be

In addition, Dingo Music will hold a fan-participating event called ‘The World’s Best Jjangbang Contest’ from the 8th to the 14th to commemorate the production of ‘The Guys You Want to Catch’ through Dingo’s various SNS channels.

To apply, you can put a cheering message to your favorite performers on a promotional banner designed by yourself, including fan art, and post it on the SNS channel with the hashtag #dingo_invinciblejjalbang contest. The winner will receive a lucky box as a prize, and the winning entries will be used for promotional posters. 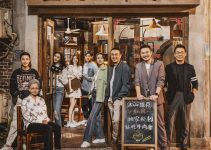 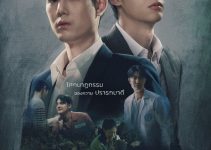