Jiang Yi is a popular idol and a cold male god in the eyes of outsiders. Because his parents divorced and remarried when he was a child, he was not good at expressing his heart. He used to cover up his desire for love with no care, so he was misunderstood by the outside world; Yu Sheng Sheng is an entertainment reporter who is determined to use the attitude of being a news reporter to try his best to restore the truth behind celebrity gossip, but he has been hit hard in the new media industry that values ​​popularity. Two people who had almost nothing to do with each other changed their lives due to an accident and became connected. The two were forced to face a sudden dilemma, and gradually developed feelings in the process of getting along. A series of funny and sweet incidents occurred. The story, a funny romantic love around them begins 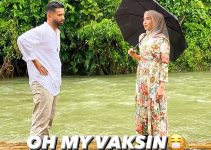