Cheong Wa Dae (靑瓦臺, English : Cheong Wa Dae ) is the presidential residence for the President of the Republic of Korea and an administrative agency related to the Presidential Office as a constitutional institution stipulated by the Constitution of the Republic of Korea. Also known as the Blue House . It includes the main building as an office space, the Yeongbingwan as an official event space, the official residence as a residential space, Sangchunjae as the meeting place for foreign guests, the Presidential Secretariat as an affiliated secretarial organization, the Presidential Security Service as an affiliated security organization, and Chunchugwan as the media outlet. Comparing with the past Joseon Dynasty, it can be compared to Geunjeongjeon Hall of Gyeongbokgung Palace . Limited viewing is possible, and there is no parking lot, so you have to use the public parking lot in Bukaksan or the paid parking lot in Gyeongbokgung Palace.

The roof style of the Blue House is ‘Paljak (八作)’ for both the main building and the annex. If you look closely at the appearance of blue tile on the roof, you can see that in addition to general tile, such as sukiwa, amki, sumaaksae, and black tile, decorative tiles found in palaces such as japsang, chidu, dragon head, and tosu were used.
During the Goryeo Dynasty, there was a separate palace in Nanjing.
It was the patronage of Gyeongbokgung Palace in Joseon .
During the Japanese colonial period , the 6th Governor-General of Joseon, Jiro Minami , moved his official residence to the present location.
From 1945 to 1948, it was used as the official residence of U.S. Army Lieutenant General John Haji.
From July 24, 1948 to April 26, 1960, it was used as the official residence of President Syngman Rhee and was called Gyeongmudae .
During the Korean War , the presidential office was destroyed due to a fire inside the Central Office.
When President Yun Bo- seon took office in 1961, the name Gyeongmudae was changed to Cheong Wa Dae , thinking that the name Gyeongmudae symbolized the Rhee Syngman regime and gave people bad feelings due to the image of corruption .
On September 4, 1991, Hyundai Asan built this new building.
In October 1993, President Kim Young- sam demolished the old main building where the former governor-general of Joseon lived during the Japanese colonial period.
In 2003, the National Crisis Management Center situation room (underground bunker) was built. 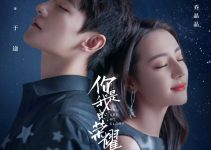 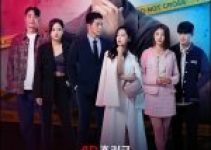 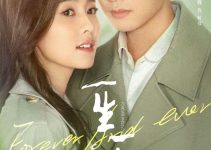