The video distribution service FOD operated by Fuji TV has decided to produce a sequel to “Sweet Revenge” starring Natsuna, which was the first drama of the original comic from FOD, and will start distribution from 24:00 on August 30 (Monday). increase. Furthermore, it has been decided that episodes 1 to 6 currently being broadcast will be broadcast on Fuji TV one episode each week from 24:25 on the same day.

Sweet Revenge” is an original comic from FOD, and is a love revenge drama by the original draft Kenichi Sawada and the manga Cocco Kashiwaya. Major electronic bookstore Book Live! It gained popularity with the 4th place in the annual ranking women’s manga category. This work, which was made into a drama starring Natsuna, has been distributed from episodes 1 to 6 from March 2021, and has been well received mainly by young women, and the production of the sequel has been decided this time.

Mariko, the main character played by Natsuna, is a shady woman who is usually dull and is a sober woman who seems to be far from romance. However, her other face is the president of “Sweet Revenge Co., Ltd.” The business of this company is to take revenge by giving “the same pain” to the man at the request of the woman who had a terrible flirtation with the man. Mariko is a method derived from her own research, first of all, to make her target man fall in love with her and water her. She then shakes the man she fell in love with to her fullest! She is a “dropper” who drops a man in love and then mercilessly drops it in hell.

In addition, each episode guest of the sequel has been decided. In episodes 7 and 8, “Stalker who accompanies a fluffy woman”, actress Sara Ogawa plays the role of the client’s office lady Asami, and actor Jingi Irie plays the role of stalker’s civil servant Mitsuhiro, who is the former boyfriend of Asami.

In episodes 9 and 10, “The good guy wig! Yes, Satoru Soma, a member of the handsome YouTuber group “Midnight 12 o’clock”. 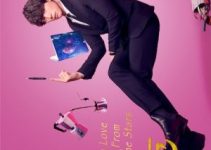 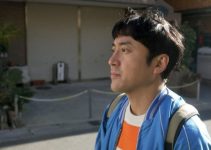 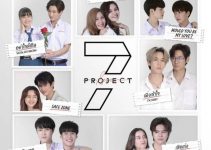