The romance music drama ‘Soundtrack #1’, starring actors Park Hyung-sik and Han So-hee, will be released on Disney+ in March.

The drama ‘Soundtrack #1’ is a romantic music drama in which two men and women who have been best friends for 20 years get to know each other while staying in the same house for two weeks. Director Kim Hee-won of ‘Money Flower’, ‘The Man Who Became King’ and ‘Vincenzo’ took on directing and drew attention. Director Kim Hee-won, who has been active in various genres, will challenge a different genre of music drama and show off his own sensuous directing skills.

Also, attention is focused on the meeting between Park Hyung-sik and Han So-hee. The two will take on the roles of rookie photographer Han Seon-woo and living lyricist Lee Eun-soo, respectively, and will draw the relationship between the male and female protagonists in the ‘between love and friendship’. The synergy of the two actors, who have both acting skills and stardom, is already making the hearts of drama fans flutter.

As ‘Soundtrack #1’ is a music drama genre, the production team asked us to pay attention to the rich music as well. ‘Soundtrack #1’ boasts a gorgeous OST artist lineup, and the OSTs of Kyuhyun, Davichi, and Park Boram have been released in advance, attracting attention. 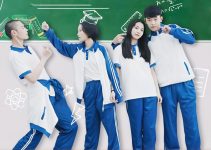 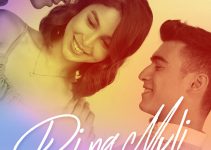