Do I like him or “him”? With a case of wrong genders, does one win while the other loses? A heartwarming story follows a group of students who go through life with laughter and tears. What they treasure in their hearts is the best memory of their youth.

Sun Xiao Rou (Xin Rui Qi) is an 18-year-old student who falls in love with her only Prince Charming. Ou Yang Yu Sheng (Yi Heng) is the genius of the popular school who falls in love with the same person and questions his sexuality. The object of his affections is none other than Chu Lu (Ni Yan). She is the pretty student with a beautiful voice who is mistaken for a boy. Gao Yuan (Cai Yi Da) brings the gang together as the student deeply passionate about music. 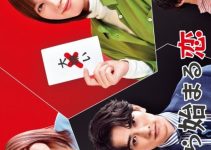