The lineup and distribution schedule of JO1 video content exclusively distributed on Amazon Prime Video has been released. In addition, the content of the 3 episodes delivered on the first day of the first drama “Short Program” has been lifted.

JO1 is a global boy group that has entered its third year since its formation in 2019 and is showing further success in artist activities and various fields.

This time, exclusive distribution on Amazon Prime Video will be the director’s cut edition of the survival audition program “PRODUCE 101 JAPAN” that follows the trajectory of JO1’s birth, “JO1 1ST FANMEETING” held in February 2021, approaching the true face of JO1 Popular video content delivered in the past, such as the variety program “JO1 HOUSE”. Let’s take this opportunity to check it all together.

In addition, “Yukuharu” (starring: Shion Tsurubo) of the drama “Plus 1” (starring: Takumi Kawanishi) starring Takumi Kawanishi, which will be the three episodes of the first day of JO1’s first starring drama “Short Program” based on Mitsuru Adachi. ), The synopsis of “Spring Call” (starring: Shosei Ohira) is also released. Look forward to the delivery date.

Imai is helping an electrician in the family business to help his handicapped father (Itao Itsuji). His face is nice but reticent and unfriendly, so the nickname given to him is “not good”. However, Chisato finds that Imai and her hobbies match, and she gradually becomes aware of her. Sugimoto (Raiku), a popular woman who used to form a band with Imaichi, goes to her house aiming for such Chisato.

You can’t see it without tears! A sad story that depicts the love triangle of friendship and romance.
On SNS, it was talked about that the role was perfect for Shion Tsurubo.

Kenji Uehara (Shion Tsurubo) is her Sayaka I came to see the game of the rugby club of my alma mater with (Wan Marui). Kenji notices that the woman who watches the game alone in the spectator seat is Tomomi Sakamoto (Sayu Kubota). They meet each other and give a bow, but immediately return their eyes to the match.

The game is a mess. Until last year, the rugby club was a strong school that could compete in national competitions. At that time, captain Haruki Kitayama (Takuro Nagata) was a star player who was also a candidate for the All Japan National Team, and was Kenji’s best friend and longing.

In high school, Kenji finds out that Haruki is horrified by Tomomi, but Haruki knows that Kenji, who doesn’t lie, also likes Tomomi. The two decide to compete over Tomomi …
Shosei Ohira is sharp! There is no doubt that you will be surprised at the facial expressions that you do not usually show!
Sweet and sour and refreshing love youth story

A theater circle at a certain university. The whiteboard in the room said, “One month left until the performance!”, But Kohei Shinjo (Shosei Ohira) and other members of the theater were frowning. The script written by the director Tomio Akahori (Junya Ikeda) was terrible.

Nao Tanimura (Honoka Yahagi), who is about to perform at the end of the university, asks for a fair impression of the script in front of Akahori in order to prevent her script.

He says “I think this is fine” for fairness, which is not good at telling what he thinks. Nao urges him to write the script fairly as he progresses with the script by Akahori. The script written by Kohei was wonderful, but Kohei still took care of the people around him … 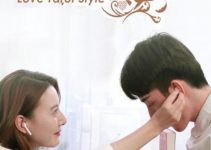 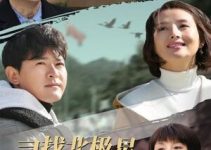