‘Shh! Take Care of That Guy (Director: Jeong-Hoon Lee, Script: Jain, Bang Sarang) is a work based on the novel of the same name serialized on the web novel platform ‘Blythe’ It is a comical melodrama that depicts the story of three women who had never had one while running a nail salon ‘Nemesis’ that takes revenge on the villains of the world by chance. The roles of ‘Vengeance’, ‘Legend’ and ‘Gongju Na’, who run ‘Nemesis’, are played by Seulgi Kim, Jieun Song, and Joowoo Lee, who have shown stable acting skills in various works, respectively. ‘Vengeance (Kim Seul-gi)’, the owner of a nuclear fist that blows even a strong man in one shot, ‘Legendary (Song Ji-eun)’ who was born with spy DNA down to the bones, and ‘Na Gong-ju (Lee Joo-woo)’ with acting power that makes AI (artificial intelligence) cry. )’, the characters with the three-color charm will be digested at 100% synchro rate, providing pleasant fun. In addition, Kang Yul takes on the role of ‘Do Do-Jun’, a handsome chef who is unfairly engulfed in controversy over his personal life due to ‘Nemesis’, raising expectations that he will show off a sweet romance and chemistry with Kim Seul-gi.

The released poster has two types, the mild taste of soft pink and the spicy taste of intense red, and you can feel the sweet and bloody girl crush of three women ‘Revenge’, ‘Legend’, and ‘Gongju Na’ catches the eye The copy, ‘Secretly hot, the exhilarating revenge of the three women begins’ stimulates interest in how the nail salon ‘Nemesis’ will succeed in revenge for various villains. At the same time, the face genius chef ‘Do Do-Jun (Kang Yul)’, who was the target of revenge for ‘Nemesis’, appears wherever the main character ‘Vengeance’ goes.

‘Shh! In the teaser trailer for ‘Please Take Care of That Guy’, three sweet and bloody women start a revenge business. It is about the cool catharsis that the revenge agency consultant ‘Nemesis’ will provide through the appearance of ‘revenge’, which blows a cool shot at the target of revenge along with the line that everyone can sympathize with, ‘Everyone lives with one X guy they want to kill.’ Expectations are growing. The drama ‘Shhh! Take Care of That Guy’ was produced by IMTV, which produced OCN’s ‘That Man Oh Soo’, SBS’ ‘Reunited World’, and KBS’ ‘Spy’, while SBS ‘Miss Ma: Goddess of Vengeance’ was in charge of production. SBS Medianet director Lee Jung-hoon, who directed the film, caught the megaphone. It will be released on VOD through IPTV ‘olleh tv’, OTT service ‘Seezn’, and satellite broadcasting ‘skylife’ on the 28th (Friday), and will also be aired on the general entertainment channel ‘SKY’ every Friday at 9:40 pm. Detailed airing schedule and work-related information can be found on the official Instagram of ‘2021 KT Summer Drama Collage’. 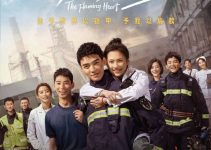 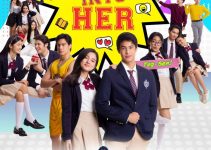 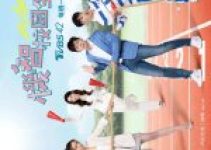