It will be broadcast exclusively on Tencent Video on May 28, 2021.
The play tells the story of a series of stories that happened after Ye Zhihong, the old captain of the spaceship “Bangshanghua”, abandoned the ship and escaped after receiving a signal of revenge from his wife .

The production of a spin-off of the drama “If I’d Kiss At That Time” starring Tori Matsuzaka is revealed. The manga “SEIKA no Sora” that appears in the play will be live-action as a serial drama of all three episodes.
This work , in which Matsuzaka plays the supermarket clerk Nozomi Momoji, Kumiko Aso plays the manga artist “Kanigama Joe”, Tomoe Yuzuki, and Arata Iura plays Masao Tanaka, the cleaner. It depicts Taochi and Masao, whose soul has been transferred due to the accident, involving various people. Crab Kama Joe’s work “SEIKA’s Sky” is “SF Vegetable Spectacle Adventure Tan” that Taochi loves. The stage is the country of vegetables, the Kingdom of Seika. The battle between the demon king Yaoya and the brave men who stood up to protect the people from the fear of the monsters born from the grudge of the discarded vegetables is depicted.

The script is written by Takashi Tsunoda , a European project who appears in the main story as the editor-in-chief of Weekly Shonen Maximum, Tadashi Ikuma . He also appears in the spin-off as the eggplant monster Nasute. Kento Kinouchi was in charge of the production. The comments by Fujieda, Kubozuka, Miura, Iura, and Matsuzaka are as follows.

“SEIKA no Sora” will be distributed on TELASA for 3 weeks after the end of the main broadcast on May 28th. “If I’d Kiss At That Time” is being broadcast on TV Asahi every Friday night. 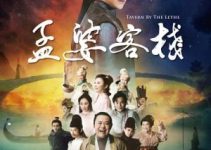 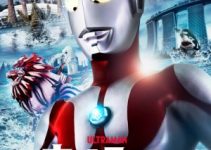