Never listen to the critics. They panned ‘The Greatest Showman’ on its release and it’s gone on to become one of the highest-grossing musicals of all time, taking more than ‘Grease’, ‘The Sound Of Music’ and ‘La La Land’ at box offices around the world.
The critics hated ‘The Greatest Showman’. The public loved it. And frankly I love it too.
‘The Greatest Showman’ is the sort of film they don’t make any more. The sort of film I thought I’d never see again.
And how they got action hero Hugh Jackman to take on the lead role is completely beyond me. Clearly the producer was very persuasive…
There are so many great songs in ‘The Greatest Showman’ that I could probably write about them all. But today, it’s all about “Rewrite The Stars”, sung by Zac Efron and Zendaya.
I won’t go into the story as you really need to see the movie for yourself, but without giving too much away let’s just say this is one of those “poor girl meets rich boy whose parents don’t approve of their relationship” situations…
In the film, “Rewrite The Stars” takes place in the circus ring with a superb performance involving a large number of ropes and sandbags, together with trapeze work which I find endlessly fascinating. (Side note… ‘The Greatest Showman’ is probably worth watching just for the choreography which is every bit as phenomenal as the songs…)
“Rewrite The Stars” was written by ace songwriting duo Pasek and Paul, who take a familiar theme…your future is written in the stars…and give it a very neat little twist…
What if that wasn’t true, they asked themselves…what if you didn’t need to follow the story that had already been written for you…what if you could re-write what was written for you in the stars?
I loved that idea, and how that little twist allowed us the opportunity to think differently about a familiar situation.
It’s easy to say that you can do anythin 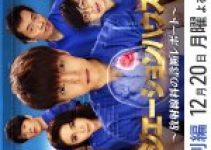