The story of Thanwa, a professor of criminology in America. He decided to go back to Thailand. Because he receives an email from Deputy Police Commissioner Wilawan, or December’s stepmother, who wants him to help solve a serial killer’s case.

When December went to the scene, he was amazed by a picture. It was like a picture he had written with Mina, the only younger brother who disappeared the night Dhanwa’s father died. This picture gave him hope that he might see his brother again. therefore accepted to help solve this case

If all this was the trick of a bodyless murderer like Genesis, a murderer who couldn’t be caught and punished. But the only person who ever caught Genesis for questioning was Police Major Suwat, or Thanwa’s father. After a while, Genesis escaped.

Then Dan’s father was murdered. From that day on, the memory of 8-year-old December disappeared, or all of this was Genesis’s desire to bring back December’s lost childhood memories for some purpose.

In the old house of December The book that Father Thanwa had written in the title of “My son is a devil” it disappears, but suddenly there is a tape of Genesis interview that Father Dhanwa had interviewed instead.

The sound of the interview gradually brought back to December’s past. and made him think that he might have contributed to his father’s death. Or will it be true as his father wrote? “My child is a devil”

because of her father’s mysterious death He was also accused of collaborating with Genesis. which she never believed her father would do. She chooses to become a police officer to investigate her father and her goal is to capture Genesis.

is you Remember You

The two young women’s death cases are interconnected. until it seems to be the work of a serial killer Ay and team take responsibility for the case. with December as a consultant But Ay distrusts Dan because his behavior is suspicious. Dhanwa’s intelligence turned terrifying.

It was as if it was Dan who controlled the game and created the whole story. Because Ay caught December in the incident where the latest victim was about to be murdered.

But in the end, it turned out to be December that the case of this serial killer was solved, with Dr. Kong helping to trace the corpse for Dan and Ay in every case. 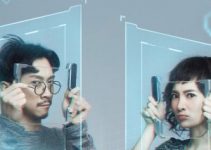 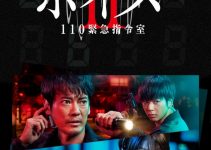 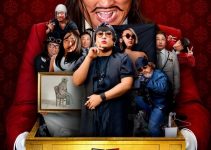