The play tells the story of Kang Yayou, a modern mother with a two-year-old daughter, and her husband Yu Zai in the mountains, constantly overcoming the contradictions and difficulties in parenting life, and finally becoming a good parent.

Kang Yayou ( played by Cen Lixiang ) lives with her husband You Zaishan ( played by Ma Guoming ) and their two-year-old daughter, with Yayou’s parents, Kang Le ( played by Li Guolin ) and Fang Chuqiao ( played by Gong Ci’en ) . Zai Shan Mi always wanted to get out of the control of his mother-in-law, but his parents, You Dalang ( played by Wu Dairong ) and Jin Meihuan ( played by Shang Tian’e ) , kept causing trouble. Yayou and Zaishan are in constant conflict because of the division of labor in the family. Yayou resolutely went out to work, resisting child-rearing in Shanyou, and gradually learning to share the responsibilities of raising and running the family equally. He finally accepted the family division of labor between the female lead and the male lead, and became a full-time dad, and Yayou also Gradually found a balance between parenting and self 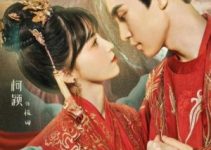 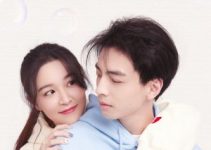