Home
Drama
On the Verge of Insanity (2021)
Tweet Pin It

Drama: On the Verge of Insanity
Native Title: 미치지않고서야
Also Known As: Not Crazy , Out of Your Mind , Without Being Crazy , Without Going Crazy , Only Without Going Crazy , No One But a Madman , Michijianhgoseoya , Michiji Angoseoya
Screenwriter: Jung Do Yoon
Director: Choi Jung In
Genres: Comedy, Life, Drama
Country: South Korea
Episodes: 16
Aired: Jun 23, 2021 – Aug 26, 2021
Aired On: Wednesday, Thursday
Original Network: MBC
Duration: 1 hr. 10 min.

But the reality did not go as planned.President Han Seung-gi (Cho Bok-rae), who needed the monopoly of ‘Home Mirror’ to sell Han Han Electronics, started to move.He persuaded Han E&C CEO Han Han with an offer he could not refuse, and Han Se-kwon was kicked out in a violent aftermath.The new technology of Banstone Company was also in danger of being passed on to one electronic company at a low price.

In response, Choi Ban-seok and Ban Stone Company once again chose to break through the front.It was decided to participate in a competition that provides investor matching opportunities to new ventures with innovative technologies and ideas.Choi Ban-seok led his sympathy with his sincere speech that melted the story of his life and experiences, and his skill was also recognized, achieving the feat of winning the Grand Prize of the Year.It was the moment when his sincerity, effort, and skill shined.

The Barnstone Company succeeded in the comeback.He has proposed that many companies want to exclusively use Van Stone Company’s technology, and one former is no exception.In order to successfully sell the Changin business unit, an ‘anomaly detection prediction system’ was absolutely necessary.CEO Han Seung-gi accepted Choi Ban-seok’s request that he set 5 billion won for the value of technology, as well as the succession of one of his electronic colleagues.

As a result, Han Han Electronics, who had the technology of Banstone Company, sold its Changin business unit to GR Tech, opening a new era.Changes also came to the Barnstone Company.It has solidified its foundation by expanding its business to QA and sales.And Choi Ban-seok transferred his CEO position to Dang Ja-young and continued his life as a developer.

Everyone thought that life was downhill, but the survival stories of the veterans who did not give up, endured today silently and prepared for tomorrow, aroused intense sympathy until the end.As usual, the Banston family struggles to live a ‘good’ tomorrow as well.The stories of people who are more special because they are ordinary have a deep resonance and have ended in a great way. 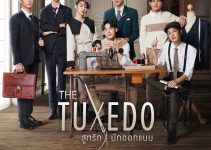 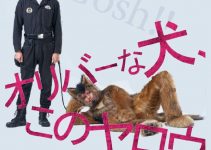 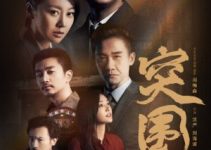