Innocent ( Persian : شیطان وجود ندارد ‎, literally ” Evil Does Not Exist”) is a 2020 Iranian film about the experiences of 4 executioners (prisons and military courts) in 4 separate stories , looking directly at the ruthless oppression of citizens by the Iranian system . The film, directed by Muhammad Rasurov , was selected as the official competition film of the 70th Berlin International Film Festival and won the Golden Bear Award . Because the film was completely blocked by the regime, the whole process had to be filmed in secret. Later, the director was banned from going abroad or even sentenced to prison because of the film, so he could not be present to receive the award in person 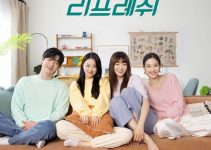