article image’I Know’, starring Han So-hee and Song Kang, came to an end in the ignorance of viewers. We pulled out a lively notice worthy of the meeting of a trending young star, but the result was a disappointment.

JTBC’s Saturday Special ‘I Know’, which ended on the 21st, is based on a webtoon of the same name. It foreshadowed the hyperreal romance of ‘non-loveists who are indifferent to others’ and ‘flowers that no one can have’, and the 22-year-olds surrounding them.

In the original story, Park Jae-eon (Song Kang) is a ‘bad man’ from beginning to end.

Park Jae-eon, who doesn’t change to the point of disappointment, and Yuna-bi (Han So-hee), who only grows suspicious after the relationship with Park Jae-eon, have a somewhat uncomfortable ending.

On the other hand, the ending of the drama was different. Park Jae-eon, who was at a loss until episode 9, will open up in episode 10, which aired on the 21st.

The quarrel in the rain, which raised his voice, saying, “So am I the only trash?”, has an ending like a youth movie. Yuna, who paused for a moment looking at Yang Yang-hyeok smiling broadly, only stimulated the viewers’ imagination.
I Know’ remained the highest rating for the first broadcast of 2.2% (Nielsen Korea, national standard). Episode 8 recorded the lowest viewership rating of 0.994%, less than 1%.

The final episode’s rating was 1.74%. Before the broadcast, there was an explanation from the production team that 10 episodes and once a week were organized to ‘to make the most of the fun of the original’, but in the end, I couldn’t even feel the benefits of organizing once a week.

The visual combination of Song Kang and Han So-hee was so perfect that the ratings were pitiful. Park Jae-eon and Yuna-bi were filmed in the original with a high synchronization rate.

Every moment when two men and women with unrealistic visuals fall in love and conflict, the screen was beautiful. However, it also proved the limit of not being able to capture viewers by itself. ‘I Know’ is left with the painful fingers of two young stars. 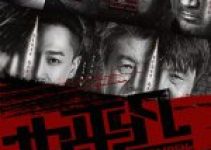 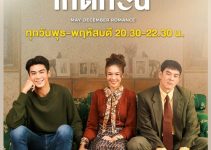 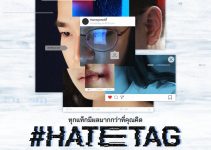