Three years ago, due to the intelligence error of criminal policeman Liu Yuanwen (played by Ren Jialun) , his fiancee and new criminal policeman Rong Yu (played by Shan Shan) was killed in the fire scene of drug dealers. Glory (played by Liu Enyou), a criminal police officer of the anti-drug brigade , turned against his good brother Liu Yuanwen due to the death of his younger sister. Liu Yuanwen left the police station in dismay and did not know where to go, while Glory became the captain of the anti-drug brigade in Yungang City after three years of continuous efforts for revenge. . In order to destroy the drug-trafficking K Group and dig out the “ghost”, the leader of the international drug-trafficking organization behind it, the Municipal Public Security Bureau allocated resources to set up the “84 Team”. Honor resolutely took over the post of team leader for revenge, but unexpectedly, the team’s first task was It is to provide support for Liu Yuanwen, the only remaining undercover agent in the “K” group, to help him rise to the top and get in touch with the core of the K organization. As a result, the ruthlessness of reality made the two people who were burdened by fate have to choose to cooperate again. As they approached the truth step by step, the two found that Rong Yu might still be alive 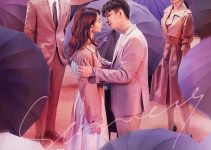