NThe film is based on the famous novel by Kritsana Asoksin Kangsadan (Narumon Nilwan) and was bought with a slave contract made by Purim Phisanukarn (Sa-Piampongsan), a young innkeeper who made it with Rose (Amara Asawanon). Her mother hopes to get out of debt by selling her child to an ex-lover she had abandoned. Without knowing how much of Purim’s daughter will have to face hell with her. There is also Chuang Chan (Patrawadee Sritrairat), a dignified girl who is Purim’s sister-in-law, who bullies many things. The girl was physically and mentally abused. until he hated Purim to the extreme and would never forgive him

Purim, a young businessman that was buried in the heart of a previous love That almost ruined his life because of Rose, so Purim became a person who only looked at women as toys. Rose reunited with Purim. She became a widow and stepdaughter. and was in so much need that he was willing to sell his daughter Kangsadan to be Purim’s wife. Kangsadarn came to live with Purim, where Chuangjan, the big widow, disagreed and emphasized that Kangsadan was only Purim’s comforter. Kangsadan had no choice and therefore had to endure it. As time passed, Purim discovered that Kangsadan was nothing like her mother Rose. The vengeance began to fade away.

Chuangjun used the excuse that she had a heart attack. Ask Kangsadan to leave Purim’s life. Kangsadan then fled to stay with relatives in the provinces. Purim secretly comes to meet Kangsadan. And misunderstood that she was in a new love with Karkit, who was her uncle. He also met Saeng Dao, a woman who believed in love. Like Kangsadan’s uncle, the two are openly dating. But Purim still finds a chance to meet Kangsadan. Until she can’t stop herself anymore and agrees to stay with Purim secretly. The love story in the tracks of Purim and Rose’s revenge. Kangsadan’s mother The little girl was sold to pay off debt. by not knowing whether the daughter will encounter the power of love from Purim’s revenge How will the end of this love end? 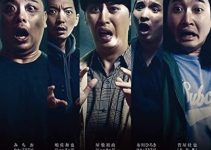 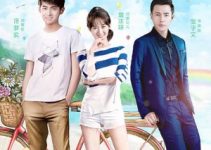