For iQiyi in 2022, next year will see a series of 2 stories, 2 flavors, starting with the duo of Santa Pongsapak Udomphot and Earth Kasamon. Nat Namwirot, who returned to work with the series again in the Y series called “Loung Rak 12%” because “12% is the probability that the person we love will love us back” After the list of actors has been announced, both Thai and foreign fans are excited and have received a good response. Let’s hope that both Santa and Earth will end up in love with them. how

05 7
Another thing that is worth watching is the series. “Doctor, I have come to pick up the spirit of the patient.” “I hold on to his life. We are on each side And our story would be impossible. Written by HungryBird and screenplay by Kusalin Mekwiphak and Chaengpan Homjan, this is a romantic drama. It is a story about a skilled surgeon who has the unique ability to see the undead, known as the “Phee Ticket” every time he performs an operation. He was always standing at the patient bed waiting to receive spirits. But why did the ghost ticket become a neighbor? An exciting story to follow, starring “Nut” Natchaphon Rattanamongkol, “Kan” Sitidet Hongladarom, “Phat” Chatborirak, “Tay” Weerapat Termmaneerat, “Superb” Phatthasit Permpoonsawat, Phawadee Khumchokpaisan and Singto Namchok 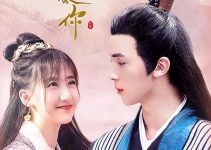 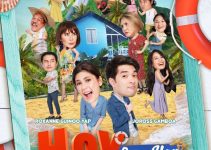