April 2, 1949: Venus, Mercury, Sun, Uranus, Jupiter and Neptune line up in a straight line. Even in science it is only natural. but in astrology This is a milestone because according to the lunar calendar This phenomenon falls on Saturday, the fifth waxing moon of the 5th month of the year of the Ox, which Thai people call today as Saturday 5.

1973 B.E. Mr. Phajon (Tattapong Phongsathat) was a billionaire politician who was indicted in a national corruption case. and was sentenced to imprisonment But on the way from court to prison A group of Nai Phaj’s underlings invaded and snatched him away, but found that Meka (Nattaphon Raiwong), the son of Mr. Phajon, had used superstition magic to take him away. Mr. Pak also created the Jharka cult. try to provoke Villagers to rise up against the bureaucracy Undermining the credibility of the justice system to create self-justification. Many villagers went astray and fled into the forest, becoming a force that called themselves the Jarca.

Saturday 5 gathering will be fun. How much do you enjoy? Come and get excited together every Friday-Sunday at 8:30 PM on Channel 7HD press 35 and Facebook Live: Ch7HD. The Saturday 5 drama starts on Friday, February 25, 2022. 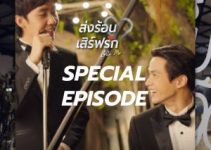 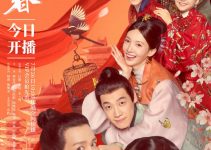 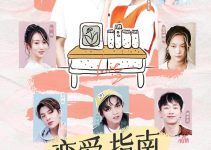