The book “Mencius” consists of seven chapters. It is a compilation of the speeches of Mencius during the Warring States Period . It records the debates between Mencius and other schools of thought, the words and deeds of his disciples, and the persuasion of the princes. It is jointly compiled by Mencius and his disciples ( Wan Zhang, etc.). made. “Mencius” records Mencius ‘s thoughts on governing the country, political strategies (benevolent governance, differentiation of kings and tyrants, people-oriented, and the monarch’s heart is wrong, the people are the most important, the society is the second, the ruler is light) and political actions. The book was written about in the middle of the Warring States Period. Confucian classics.
The starting point of its theory is the theory of goodness of nature and advocates the rule of virtue. In the Southern Song Dynasty, Zhu Xi combined Mencius, The Analects of Confucius, Great Learning, and The Doctrine of the Mean as the “Four Books”. Since the Song, Yuan, Ming and Qing dynasties, it has been regarded as a book that is handed down from home to family. Just like our textbooks.

“Mencius” is the longest and heaviest of the four books, with more than 35,000 characters. It was a compulsory subject for imperial examinations until the end of the Qing Dynasty. The theory of the book “Mencius” is not only pure and broad, but also extremely vigorous and beautiful. (Five Classics: “Poetry”, “Book”, “Ritual”, “Yi”, ” Spring and Autumn “) “Mencius” is a work that records Meng Ke’s words and deeds, and it is also one of the important Confucian classics. The chapters include: (1) ” King Hui of Liang “, (2) ” Gongsun Chou “, (3) ” Teng Wengong “, (4) ” Li Lou “, (5 ) ) ” Wan Zhang ” up and down, (6) ” Gao Zi ” up and down, (7) “Jin Xin” up and down.
“Mencius” is magnificent, full of emotion, eloquent, and extremely infectious. It has been passed down to later generations and has far-reaching influence, becoming one of the classics of Confucianism.
“Records of the Grand Historian: Biography of Meng Xun”: “Meng Ke did not agree with what he did, so he retreated from the preface to the “Poems” and “Books”, describing the meaning of Zhongni, and wrote seven chapters of “Mencius”.” It is called “Mencius” seven chapters. It was written by Meng Ke himself, and Zhao Qi’s “Inscriptions on Mencius” said: “This book is what Mencius wrote, so it is called “Mencius”.” He also said: “So I retreated and discussed the collection, and my younger brothers Gongsun Chou and Wan Zhang were with him. As a disciple, he answered difficult questions, and he wrote his own words on the law, and wrote seven books.” This is also written by Mencius himself.
The Qing Yan Ruoqin’s “Mencius Birth and Death Years Examination ” also used Mencius as his own, and said: “The Analects of Confucius was written in the hands of the disciples, so the sage’s appearance is very well recorded. The seven chapters are written in their own hands, so I only remember the words or their origins. .” However, in the “Mencius”, Meng Ke saw that the kings of the time such as King Hui of Liang , King Xiang of Liang, King Xuan of Qi , Duke Mu of Zou , Duke Wen of Teng , Duke Ping of Lu , etc. all used posthumous titles, which is probably not what Mencius did when he made them; It is also recorded that the disciples of Mencius, Le Zhengzi, Gongduzi, and Wuluzi are all called “zi”, and they are definitely not what Mencius did, and they are most likely to be disciples of Mencius. The book was written about in the middle of the Warring States Period. 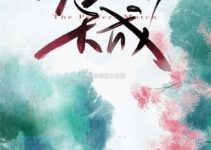 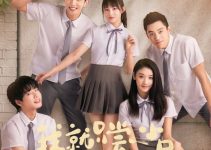