Home
Top Dramas
Love Beneath the Stars (2021)
Tweet Pin It

et’s admit it: For most queer people, high school is a tough place to be in.

It’s safe (and sad) to say that finding love is one of the last things LGBTQIA+ kids expect from those four years.

Especially for those who went to an all-boys and religious institution, this could not ring any truer.

However, as fantastical as the idea may seem, Love Beneath The Stars proudly showed that it is still possible.

Picking up from the events of the movie, life went on after the fairytale ending kiss between the strangers-turned-lovers.

Luke still has to tie loose ends with his girlfriend Karen (Rissey Reyes), and Dominic’s childhood friend (and secret admirer) Gio (Vaughn Piczon) pops back into his life out of nowhere.

The idea of third parties bringing trouble to paradise, as a way to fortify the main couple’s bond, is not new to the BL genre. With this, it’s partly expected that these two characters were brought in to fill in those roles.

Though as it turns out, Dominic and Luke have nothing to worry about. Karen doesn’t go down the path of the crazy, vengeful, and maybe even homophobic ex, stepping out of Luke’s life on her own volition.

After admitting to his tucked away feelings, Gio accepts that Dominic is now happily with Luke, and that he can only wish to find something just as great for himself.

These character journeys totally come off as refreshing. As viewers, we go from being skeptical of Karen and Gio, to rooting for them because of the maturity they exhibited.

is you Remember You

The two young women’s death cases are interconnected. until it seems to be the work of a serial killer Ay and team take responsibility for the case. with December as a consultant But Ay distrusts Dan because his behavior is suspicious. Dhanwa’s intelligence turned terrifying.

It was as if it was Dan who controlled the game and created the whole story. Because Ay caught December in the incident where the latest victim was about to be murdered.

But in the end, it turned out to be December that the case of this serial killer was solved, with Dr. Kong helping to trace the corpse for Dan and Ay in every case.

The series is also particularly progressive with how it exhibited the basis of Dominic and Luke’s attraction to one another. Quite notably in most BLs, having either character show some skin or constantly drop innuendos is a prominent occurrence, meant to establish the sexual affinity between the two.

Not to say that any form of physical intimacy is “bad”, but what was so novel about Dominic and Luke’s story is that their bond never depended on those things.

Throughout the series, their interactions remained relatively wholesome, which only amplifies how free of malice their partnership truly is. 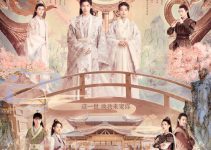 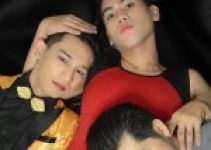