Han Yunxi ( played by Ju Jingyi ), the daughter of an imperial physician, lost her mother when she was a child. After all kinds of hardships, she still maintains a positive and optimistic attitude. Yun Xi is quite talented in medicine and proficient in traditional medicine, but she suffers from all kinds of jealousy and exclusion. According to an imperial decree, Yunxi was married to Qin Wang Long Feiye (played by Zhang Zhehan ), and was forced to promise the queen mother to be an undercover agent in Qin Wang’s mansion, so she was caught in a turbulent court battle. With her superb medical skills, wise mind and kind heart, Yun Xi solved the poison for the prince and the ministers in the court, helped the King of Qin find out the traitors, and relieved the poison and plague for the people of the whole country. Although Yunxi and Long Feiye adore each other, in order to save the poisonous Gu on her body, she chose to commit suicide in order to obtain her own blood as the antidote. Long Feiye, who had pacified the world, finally handed over the throne to his younger brother Tang Li, left the noisy palace, and lived in seclusion in Meihai, which was full of memories with Yunxi. Everything seemed to return to normal. 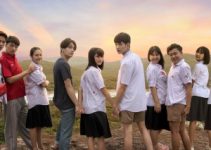 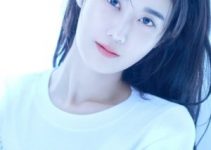