The first episode of the original work “Kamen Rider Revice The Mystery”, which is being broadcast on TV Asahi (every Sunday at 9:00 am), will be released on the video distribution service “TELASA (TELASA) from the 30th. It is delivered by “Terrasa)”. Also, the cast hidden in the key visual was revealed. This work is the first spin-off work of “Kamen Rider Revice” and is an ambitious work that combines Kamen Rider and mystery. It is a serial drama of all 5 episodes, and the latest episode will be delivered every Sunday at midnight. And, in the first episode delivered recently, the cast that has been hidden as a silhouette with the key visuals so far is revealed. Its true identity was Minehiro Kinomoto, who played the role of one of the legend riders, Ryu Terui / Kamen Rider Axel. Ryu Terui is a popular character of “Kamen Rider W” that was broadcast from 2009 to 2010, and is a detective who plays an active part in the stage “Futo” of “W”. He has a cool personality, and he says, “Don’t ask me a question!” He is a legendary rider who is still handed down with his red rider’s jacket leaving a brilliant impression. This work is a mystery-style story that unravels the mystery of the murder case that occurred in an isolated pension, but Detective Terui investigates a mysterious case that occurs in the city in parallel. It is an important role to approach the mystery by forming a buddy with George Karisaki (Hamao Noritaka) of “Kamen Rider Revice”. Kinomoto, who plays Detective Terui, said, “I don’t know what will happen to be able to return to the world of Kamen Rider. Nostalgic reunions, vivid encounters, and the ability to create Kamen Riders in this way are exciting. It was a wonderful day, “he said, enjoying this collaboration of” Revise “x” W “. “Will he answer the question, and what is the truth of the case?”, Navigating his highlights. 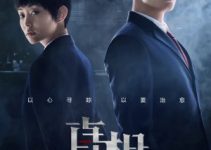 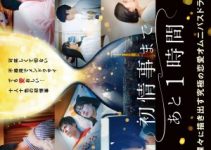 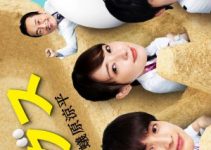