The video project “VISION” of “LINE NEWS” is a vertical video content posted in the “News tab” of the “LINE” app, aiming for new video expression specialized for smartphones. The content of “VISION” is “vertical”, “short”, and “exclusive” videos, and all videos are composed of “programs / series”, each of which has its own LINE official account. Launched in June 2019, we are celebrating our 2nd anniversary.

The vertical drama “Hierarchical Relationship”, which was decided to be distributed as a work commemorating the 2nd anniversary of “VISION”, lives in the apartment “Maison Pilgrim” that Konatsu Honda (Yumi Kawai), who came to Tokyo from the countryside where the hierarchical relationship is strict, chose to live alone. A new that can only be drawn vertically, through a mysterious incident that occurs with habitual “lower” human beings, the mystery hidden in the apartment and the astonishing truth that various hierarchical relationships reveal. It’s a mystery drama of sensation.

The leading actor is Yosuke Kubozuka, an actor who stands out with his unique world view. It will be the first drama starring in 19 years since the drama “The Long Love Letter-Drifting Class” (2002). In this work, Kawasaki, a mysterious man who spends his time elegantly on the roof of the apartment with a sofa, is played. Kubozuka, who will be the first challenge of a vertical work, said that the reason why he decided to appear was “It is an experimental vertical work that LINE is doing, the director is Kensaku Kakimoto, and the script. Everyone can watch the video on their smartphones. In the era of seeing, if this member can make this work now, I started with a close-out departure that I could definitely make something interesting, but that feeling has changed to conviction. ” Did.

The story’s heroine, Konatsu Honda, will appear in numerous dramas and movies immediately after her debut in 2019, and actress Yuumi Kawai, who stands out among young actors, has been selected by the hot push of the production team, including Kensaku Kakimoto. Yuko Oshima plays Miss Yamaba Nonohana, a cabaret club who lives next to Konatsu and works in the night town. Kenji Furuya enthusiastically plays the unsold bandman, Hibiki Toyoda, who also lives next to Konatsu. Rena Tanaka is Konatsu’s mother, Haruko Honda, who lives in the countryside, Denden is the eerie manager of the apartment, Shigeo Hino, and Itsuji Itao is the police officer who is in charge of the disappearance of the former resident of the room where Konatsu lives. The talented actors who played Daigo Mitsuoka and have a good reputation for acting ability gathered.

In addition, Kenji Furuya’s vocalist “Dragon Ash” is a big fan of Yuko Oshima and Furuya’s precious first co-star, Kubozuka & Furuya’s best friend co-star, and Furuya who plays Bandman. One of the highlights is the precious street live scene to be shown inside.

Kensaku Kakimoto, who was the director and filmer, also attracted attention for his impressive title sequence of the NHK Taiga drama “Reach Beyond the Blue Sky”, which is currently being broadcast, and will refrain from releasing the director’s work “Koisuru Parasite” in theaters. , An up-and-coming videographer who continues to release memorable works centered on movies, advertisements, and music videos. He challenged his first vertical video in this work. The theme song has been decided to be the new song “Theatre” of the band “Dios” by Ichika Nito and Sasanomaly.

This work incorporates a composition that makes the most of the vertical type, and realizes a production that enhances the tension of the viewer. In addition, about 10/10 episodes are completed, and the concentrated and fast-paced development and the immersive feeling unique to smartphones have created an unprecedented vertical mystery drama. 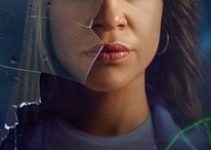 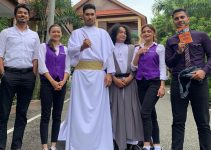 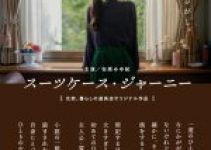