A hot-selling writer and his ex-wife and remarriage. Attempted poisoning at a party of three people! After that, the writer himself died a mysterious death. A “female battle” that growls to the unexpected truth. The murder case written by a man who hates Kaneda Ichi is a reality! ?? “蝙蝠 and 蛞蝓” that can support the full-scale reasoning of a famous detective. Suspicious death continues around Madame in Ginza, where Kindaichi was unusually absorbed in it. What is the shocking fact that Kosuke Kindaichi, who proceeded with the investigation at her request, arrived at? “Female monster”. Three up-and-coming creators compete for three works. 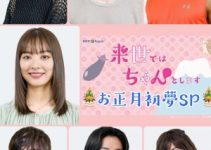