He’s Into Her is a coming-of-age teen romance following the haters-to-lovers trope and based on a novel of the same name. It is my first Filipino drama (actually the second I have seen a little bit of ‘On the Wings of Love’) and I loved it. The reason I watched it was because umm….as usual I saw a fan-made video of the lead couple on YouTube and I felt curious. Back then, the show was available on YouTube so it hardly took me time to start watching it.

The show starts with a very Boys Over Flowers-ish plot where a poor girl rubs the school’s most popular boy the wrong way and consequentially has to face the wrath of his loyal followers. That’s how it starts but the show later takes a course of its own.

Even if the show has nothing new to offer story-wise, it gives you the beautiful pairing of Max and Deib, or as the actors are famously known DonBelle. Its clichéd storyline did not bother me much as I was totally in awe of this beautiful couple’s sparkling chemistry.

Maxpein del Valle (Belle Mariano) lives with her grandmother and maternal uncle in the small village of Mindoro. Her mother passed away several years ago and had only one wish for Max, which was that she get good education. Her estranged father Maximore Luna (Richard Quan), who lives with a family of his own in Manila, invites her to live with him and complete her education at a premier institute in the city. On her grandmother’s insistence, she agrees to go live with her father and his family but only for a year.

In Manila, her father’s family especially his daughter, Elle Luna (Melizza Jimenez) is unhappy to see Max and gives her cold vibes. Max is enrolled in Benison International School and is in the same class as Elle. Elle however, tells her to not talk to her and behave like strangers in school.

On her first day at school, she gets into a fight with the school’s most popular boy, Deib Lohr Enrile (Donny Pangilinan), who then decides to bully her to teach her a lesson. But Max is not the one to give in easily and she fights back. Her toughness appeals to Deib and he slowly falls for her. Max too starts developing feelings for Deib but she hesitates to act upon her feelings as something from her past holds her back.

…I loved Max and Deib’s clichéd hate-to-love, rich-arrogant-boy and poor-strong-girl’s story. Max comes from a small village and a humble background. One day she meets with a minor accident as her rickshaw gets hit by a fast-moving luxury car. As the rich owner of the car steps out, Max grabs by the collar and they share a moment as they gaze into each other’s eyes (I know I know so lame, right?). The rich owner seems to be in a hurry and brushes her off and moves on.

When Max reaches her new school (courtesy of her super-rich dad) she meets Zarnaih Marchessa (Criza Taa) who shows her around and introduces her to Alpha 3 who are the most popular guys in the school. Deib Lohr Enrile (Donny Pangilinan) and his two friends Yakiro Tobi Yanai (Rhys Miguel) and Lee Roi Gozon (Joao Constancia) are like a wolf-pack of sorts in the school and girls are all crazy about them.

On the first day itself, Max sees Deib rudely yell at a girl who is a fan of his and creates a poster with his personal pictures. Angry, she picks a fight with him. When she realizes that Deib is the same rich guy who had hit her rickshaw she gets even angrier and smacks him hard across his face.

Deib may be a spoilt arrogant rich boy but he is also a decent guy so instead of reacting to the punch he decides to walk away to avoid creating a scene.

But this does not go down well with his well-wishers and they ask him to allow them to teach Max a lesson. They form a group and play harmless pranks to trouble her. Max slowly learns their bullying pattern and fights them all single-handedly. Seeing her grit, Deib slowly falls for the pretty strong girl.

One day, Deib and Max are caught by the principal fighting in the school premises. As a punishment, he asks them to work on an anti-bully project together and prepare a PPT that they will have to present in front of their school. As these two start working together, Max feels drawn to Deib while he too struggles to contain his growing feelings for her. 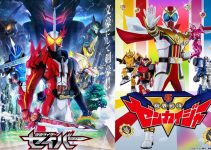 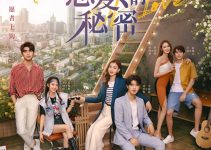