The two actors are ready to warmly fill the end of this year by starring in ‘Her Bucket List’, the third work of ‘CINE de RAMA’ produced by Cube Entertainment.

‘Her Bucket List’, which will premiere on the 31st, shows a short 30-second trailer ahead of its release, and captivates viewers with a casting that boasts perfect synchronization with the original. In particular, through the passionate performances of hot rising stars such as actress Kim So-hye and Na In-woo, they plan to give 100% of their romantic sensibility at the end of this year and give them excitement.

Prior to this, ‘Her Bucket List’ released a preview video that stimulated curiosity, and aspiring idol Na In-woo (Kang Han-sol) played the guitar alone in the park and was practicing singing while watching herself from afar and crying as if sadly Kim So-hye (I’d rather be) station) is found. The preview video of the two people’s special and bizarre first meeting is raising the expectations of viewers who have been waiting for the content for a long time.

In ‘Her Bucket List’, she decided to end her life after the death of her boyfriend, whom she loved, but she and Da-ho (Kim So-hye), who decided to pass away after completing all the bucket lists she wrote with her boyfriend, are very talented. It is a romantic comedy about the death and life of idol trainee Kang Han-sol (Na In-woo), the dreams and hopes, and the worries of the younger generation, who suffer from stage fright when standing in front of people.

CINE de RAMA is a project to plan and produce exclusive video content for drama and movie versions by securing a popular webtoon IP from Cube Entertainment.

Meanwhile, ‘Her Bucket List’, the third work of ‘CINE de RAMA’ produced by Cube Entertainment, will be released on Kakao TV on the 31st, with a total of 10 episodes at 10 am. 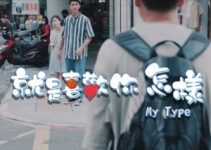 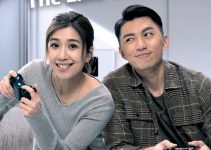 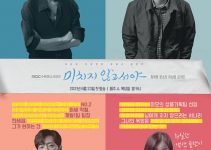