The film Gracias Barcelona will find viewers starting January 13 on Astro First channel 480. At stake is the coupling of actors Kamal Adli and Fathia Latiff. It highlights a tragic love story when love and loyalty are betrayed. In fact, it also inserts the value of loyalty and the challenges faced by new couples in forging the realm of marriage.

Gracias Barcelona underwent a filming session in Barcelona, ​​Spain and of course it featured interesting cinematography for viewing. Among the popular locations that are the backdrop such as La Sagrada Familia, Camp Nou Football Stadium, Casa Batlló, Port Olympic Barcelona and Port Olimpic beach.

The film is also accompanied by the main theme song titled ‘Gracias Barcelona’, sung by Nadia Hasnan, lyrics by Leaism and composer by El Moe Hussaini. According to the theme of the film, the song is also composed according to Spanish, Flamenco and Latin beats.

Watch the romantic drama film, Gracias Barcelona which will be on Astro First starting January 13, 2022. To subscribe please go to channel 480 or you can also stream on Astro Go or On Demand. For only RM15, you can watch for 48 hours (2 days) over and over again.

Kamal and Fatiha’s love began to blossom since studying in Barcelona, ​​but the relationship was compromised when they returned home. At a young age and the narrowness of life, Fatiha succumbs to the tests and trials of the realm of marriage when she chooses to pursue the pleasures and temptations of a third person. Let Kamal live with loyal love that is sculpted and knotted dead in his heart.

Kamal met Fatiha in Barcelona, ​​Spain when they were students at the same University. The encounter that at first did not engender any feelings, eventually turned into a sense of love. In order to legalize a relationship, especially when in a foreign country, they decide to get married without the knowledge of the family in the homeland. Kamal’s love for Fatiha is too deep, nothing can separate them and is willing to sacrifice anything for Fatiha’s sake. Life and allegations of living in a foreign country are different, there are no allegations from the surrounding circumstances or from third parties.

When they returned to the homeland, Fatiha was pregnant. Families who felt marginalized for not being told of their marriage, began to distance themselves. Not as expected, even though Kamal and Fatiha have overseas degrees, upon their return to Malaysia, they still do not get employment opportunities that are affordable with their qualifications. Kamal and Fatiha live in poverty, let alone with the presence of a baby.

Trials and tests begin to come when pressed by the narrowness of life. Fatiha’s love for Kamal began to be challenged. Only then did Fatiha feel that she was not ready to live with a family and raise a baby at a young age. Young instincts begin to crave the pleasures of life, unwilling to shoulder the responsibility of raising a baby and living in cramped conditions with a husband who cannot give her the pleasures of life.

The presence of Adam’s old lover adds to Kamal and Fatiha’s love conflict. Fatiha left her husband and children in pursuit of the pleasures of life, forgetting all the promises to Kamal to always be faithful to live together in hardship and happiness. 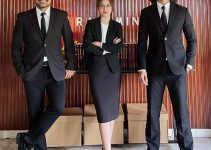 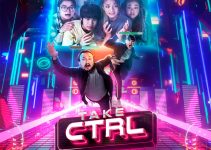 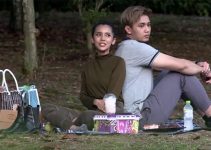