Researchers with both habits and habits, led by Mariko Sakaki (Yasuko Sawaguchi), a forensic researcher at the Kyoto Prefectural Police Research Institute (commonly known as Kasouken), specialize in forensic medicine, physics, chemistry, document appraisal, etc. “Kasouken no Onna” depicts a weapon that challenges the truth of the incident. As a high-quality mystery in which “latest forensics techniques” and “fertile human drama” are intertwined, it has been popular since its inception in 1999, and is the longest-running longevity series in current TV dramas.

After the movie version where the astonishing last is a hot topic-finally “season21” has started! “The highest peak of forensic mystery”, which continues to break the record of the most series of current serial drama, is now “restarting” its history and taking a step to a higher stage. 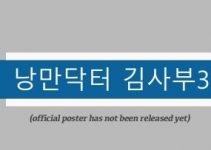