“Fighting Thieves” is a police and bandit action comedy directed by Gong Zhaohui, written by Li Song, starring Huang Jingyu , Li Xuejian and Ni Dahong .
The play is adapted from the novel of the same name by Chang Shuxin. It tells the story of a national treasure theft that led to a thief gang. Police Ping Sange went deep into the “thief rivers and lakes” to investigate, and finally captured the story of the ancient wind city known as the “thief king”

The treasure of the Jianzhou Museum, a pair of tiger talismans in the Han Dynasty was bizarrely stolen, and the thieves gang had superb modus operandi. The police analyzed that this was an organized and premeditated theft operation. After a series of investigations, the leader of the task force, Sun Shaoshuang, suspected that the case was committed by thieves in the ancient city of Fengjing, and that the mastermind behind it was the ancient wind city known as the “King of Thieves”. In order to retrieve the national treasure, Sun Shaoshuang dispatched police officer Ping Sange to disguise himself as a little-known thief. Ping Sange gained the trust of Gufengcheng by getting acquainted with the apprentice of “King of Thieves”, Boudi, and taking Gufengcheng as his teacher. Gufengcheng appointed Ping Sange to trade tiger talismans with foreign smuggling gangs. China’s public security and Interpol cooperated in secret arrangements to wipe out foreign smuggling gangs and domestic theft forces. Fengjing’s “thief rivers and lakes” were uprooted 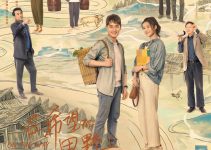 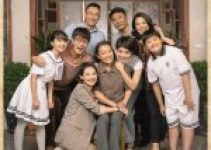