The story of “Kor Ya” (played by Tu-Ton Tawan), a grade 5 girl with a simple life, one of her family is poor. Until she had to do extra work at a flower shop with “Kaning” (played by Prem-Chanikan), her close friend. Clump’s life was a simple and unremarkable life. There was only one thing that she had passed the entrance exams to a famous high school. until she became the hope of the family that couldn’t help but But the world of high class students is very artificial and annoying in her eyes. So she decided to live a quiet life. and not as prominent as possible which is a life that is completely different from them

“Tham” (played by Bright-Wachirawit), “Ren” (played by Dew-Jirawat), “Kawin” (played by Win-Methawin), “MJ ” (played by Nani-Hirunkrit), a group of seniors in Grade 6 in school, known to everyone as F4. They are the most handsome boys of tens of millions of business owners. They were the four most radiant and influential men in the school, all staring at them. In fact, they secretly set themselves up as thugs in the school. And ready to violently bully everyone who gets in their way through a crazy game called “red carding”, no one can do anything to them. The other students agreed with them as well. It was as if the world was in their hands. And the weed hated this very much.

But then fate leads her to interfere with them, both with “Tham”, the leader of the group who seems to be interested in her and bullying her heavily, and with “Ren”, a quiet man, a high private world, but has Some charm that made her fall in love And in the end, people like you are about to become the center of everything. It’s another world that makes her realize that teenage life is never easy and it would be easier if “Ren” didn’t fall in love with “Mira” (played by Fa-Yong Waree), a senior woman who Both beautiful, and also belong to a noble and kind family. Completely different from her, and if “Ka-ning” does not fall in love with a womanizer who sees all women as toys like “Kawin” and never falls in love with a home woman like her, and if “Tham” is not right Expected from “Roslin” (played by Cindy-Sirinya), his true mother iron businesswoman, who will never allow “Tham’s life” to go outside the box she has set. especially about love, but “Kor Ya” also gradually began to feel his heart pounding.

If adolescence is the age that shines the most This is the story of a little girl. A person who is going through this glorious adolescence among the young men everyone is watching. Overcome obstacles, mistakes, friendship, encouragement, happiness, suffering and learn what is called love. Before they go hand in hand and go into the world of adults at the same time 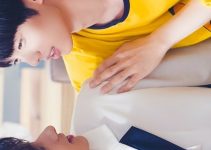 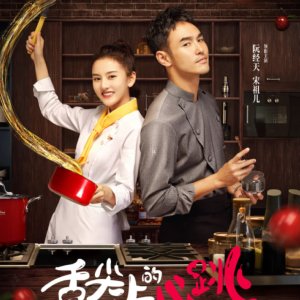 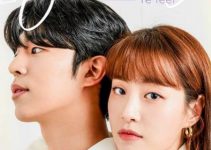