The four works to be released this time are expected to contain fresh materials and experimental stories that contain the reality and future of Korean society in different horror thriller formats such as sci-fi horror, mystery, and psychological thriller.

The teaser video released on the 30th (today) contains scenes that heighten interest in the 4 TV cinemas. The precarious expression and pathetic voice of her mother Jeon So-min (played by Hwang Joo-eun), who lost her daughter in a car accident, hints at the terrifying yet heartbreaking family love she will show in ‘Hee-soo’.

Next, in ‘F20’, Kim Jung-young (Kyung-hwa), who shows eerie eyes through a doorhole, and Jang Young-nam (as Ae-ran), who takes a step backwards after seeing it, are drawn, raising curiosity about what happened between the two people who became neighbors. . On the other hand, Ahn Nae-sang (played by Lee Hyeong-jae), surprised by something, and Ji-won Baek (played by Kwang-suk Yoon), who stands in the middle of the raining grass and looks suspiciously, is about the thriller they will show through ‘Scenery of Pain’. raise expectations.

Finally, the gunshot aimed at Choi Jin-hyeok (Choi Tae-seung) and the figure of him collapsing on the floor in agony make us look forward to the breathtaking story that will be drawn in ‘Siren’ about the truth hidden in the suspicions surrounding the village and the company. 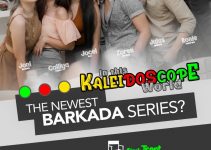 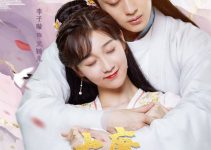 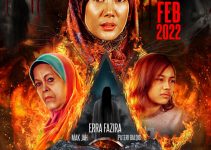