It’s almost the end. For “Don’t Say No The Series When Hearts Are Close” with more intense content, every EP has sad, happy, fun, sweet love scenes that can be called full flavor. Plus new actors also had the opportunity to work with many skilled actors, by “Ja Phachara Suansri” and “First Chalongrat Nobsamrong” to reveal their feelings about taking part in emotional scenes with young actors like “Big Sarut Witranon” and “Kru Rom-Romchat” Thanalappipat, who is both an “acting teacher” and an “acting coach” of this series. In the story, is there an emotional scene where both of them have to act with skilled actors? Ja Phachara – Yes, it’s really heavy. It’s a scene that has to convey feelings of frustration. I want to know the reason why my girlfriend was hurt like this. In which I had to enter the scene with Big Sarut, who played quite a lot of Fiat’s father. At first, I was very tensed, afraid that I would not do well and then Big Brother would waste time. But enough to really get into the scene Big brother helped me a lot. about sending emotions Because in the scene, we both have to be calm and solemn and express their feelings through their eyes and face. When Big Brother sends his emotions to me, I get goosebumps. Feel the love of a father who cares for his child but can’t help it. make it easier for me to show Thank you very much.” First Chalongrat – Part of me having to go into the scene to use heavy emotions. Here I meet both Big Sarut and Kru Rom-Romchat. The acting teacher, to be honest, I’m really worried. Afraid that he can’t express his character’s emotions because in my affairs, I have to cry and cry Speak loudly to the mood, and then, for a moment, have to show a feeling of mourning again. Well, it’s really heavy, but Big Brother and Teacher Rom are really good. I learned a lot from the scene together. Thank you very much to both of you 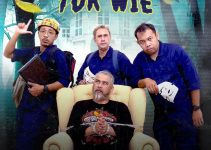 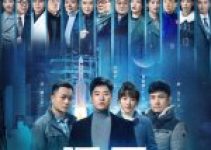 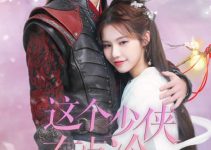