he illustration depicts Yamamoto and the original Nao Shirafuji folding their arms with a smile. Looking at the illustration, Yamamoto said, “I’m very happy to draw me! I’m next to Nao …! Thank you, Professor Satomura !!”

In addition, comments arrived from Yamamoto and Satomura as the terrestrial broadcasting started on January 3rd tomorrow. Yamamoto said about the completed video, “I was embarrassed to see myself. I hadn’t done a lot of romantic comedies before, so I was watching it while swaying.” Satomura said about Yamamoto, “I thought again that the actors are amazing because he expressed everything from bullish Nao to romance and cute Nao.”

“Dekinai Futari” is a romantic comedy about Nao Shirafuji and Takahito Kurose, who are rivals competing for sales results and former lovers at the same time as an advertising company. As for the drama, “This Kyun”, whose story begins from Nao’s point of view, will be broadcast on TV Asahi from tomorrow. On the video distribution platform TELASA, “Muzukyun Hen”, which opens the curtain from Kurose’s point of view, is being distributed.

Comment from Maika Yamamoto (role of Nao Shirafuji)
Look at the illustration from Satomura
I’m very happy to draw me! I’m next to Nao …! Thank you, Professor Satomura !!

About the completed drama
It was embarrassing to see myself. I haven’t done a lot of romantic comedies before, so I watched it while swaying.

The terrestrial version and the TELASA version, each with a “Kyun” scene
In the terrestrial version, “Kyun” was the kiss scene with Kurose, isn’t it? It was a scene where the director said, “Pure Saya, the first feeling of excitement!” … I was more nervous (laughs).
In the TELASA version, there is also the cuteness of Kurose’s heart voice and the date scene between Mr. Kaneshiro and Nao, but that is also squeaky!

If you were in Nao’s position, who would you choose from the four men Kurose, Kaneshiro, Konno, and Momokawa?
Momo-chan (= Momokawa) is good! Anyway, the smile is cute. Nao’s naturalness is exploding in front of Momo-chan, but it’s also very cute.

Satomura (original author) comment
About the completed drama
In the terrestrial version, the story progresses at a good tempo, so I enjoyed watching it until the end. It was interesting to see how the first half and the second half of Kurose changed. Also, the TELASA version has a deeper picture of each character’s feelings and is linked to the terrestrial version, so I thought it would be new to enjoy it as if it were an answer.

“Kyun” scene
Not to mention the blindfolded kiss, but the scene where the TELASA version of Kaneshiro respects Nao’s feelings and takes action was amazing.

About Nao played by Maika Yamamoto, Kurose played by Mizuki Itagaki, and Kaneshiro played by Akihisa Shiono
Before the cast was decided, Nao had requested that the fight scene be a fight without giving a girlish feeling, but Mr. Yamamoto played it perfectly! I thought. He expressed everything from bullish Nao to romance and cute Nao, and I thought again that the actors are amazing. Also, in the original, Kurose draws the voice of the heart with a “shadow” image, but the voice of Kurose’s heart played by Mr. Itagaki is like “yang!”, Which makes the comedy feeling stronger. It was cute. If it is the original, it will be just a dark guy, so I thought it was a good change. There are also several scenes where Kurose collapses, but I like the exquisite time until it collapses.
Kinjo has a different character from the original, so I was personally worried, but Mr. Shiono’s Kinjo was definitely “Kinjo”! It was difficult to play while I couldn’t see the correct answer because it was different from the original. It’s an amateur’s guess, but … I’m grateful for making Kinjo so wonderful.

Favorite scenes for each of the terrestrial version and the TELASA version
In the terrestrial version, it is a scene of a fight in the company. I’ve been asked to attend the shoot, but the fact that the two are in a fight is actually the highlight of the story, so I like it. Also, in the TELASA version, I like the scene where Kurose hits his head at the Katsudon restaurant. I was watching while thinking that my head would break. Sorry for the pinpoint. In pinpoint, I also like Momokawa-kun’s reaction when Nao stirs coffee with a ballpoint pen. 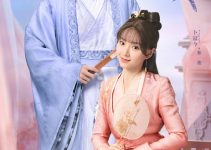 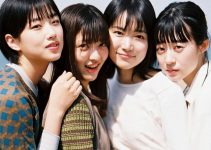 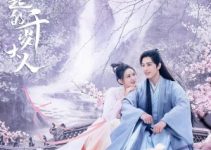