“Shugoro Yamamoto daily drama that makes you want to talk to someone” broadcast in February 2021. The second broadcast has been decided. Similar to the previous time, this is a 30-minute daily drama (only two works before and after) that depicts Shugoro Yamamoto’s novel, which is also known as a master of short story novels, in one episode with reading aloud.
People who struggle but live hard. The power to live that they teach. A heartwarming story of laughing and crying. You will surely find hints for life. Please take a look.

s56_01_okume.jpg February 3, 2022 (Thursday) BS Premium from 7:00 to 7:29 “Bird stab Okume”
Ashigaru’s daughter, Okume, catches birds and earns a small amount of money to support her sick father. Was being sent. One day, Okume was asked by the chief retainer, Sanzaemon Ikeda, to search for the escaped Java sparrow, and he caught it brilliantly. Immediately go to deliver the Java sparrow. Then, Sanzaemon told me, “A young man called a illegitimate child of the lord has appeared. It is important for the house.” However, when he was suspicious of it, he decided to find out the truth.
Manami Igashira, Ichiro Mikami, Kenji Uchikura, Takara Sakumoto, Shuhei Kii, Tsuyoshi Nakano

s56_02_otomatsu.jpg February 4, 2022 (Friday) BS Premium from 7:00 to 7:29 “Dark Otomatsu”
The fledgling thief, Mitsuji, is rescued by a man who is desperate at a stolen inn. The man was Otomatsu, a great thief nicknamed the second generation Nezumi Kozo. On the spot, Miyoshi volunteers to become a disciple. Then, in order to have his skill recognized, he decided to see a method of stealing money from a farmer who had been watching for a long time. However, what came out of Otomatsu’s mouth when he saw the whole story was an unimaginable word.
Reiya Masaki, Kazuki Namioka, Ryosuke Takei, Jun Iwamoto, Naoko Yoshimoto, Wan Marui, Yukio Tsukamoto

s56_03_bushido.jpg February 8th, 2022 (Tuesday) BS Premium from 7:00 to 7:29 “Humanity Samurai Road”
Kinnosuke and Nobuko live happily while being mediocre. One day, Kazue, an old friend, visits Nobuko. It is said that Kazue’s husband, Ichinoshin, had a flashy life and fell into a ronin. So I came to ask him to take care of the officer’s mouth. Nobuko consults with her husband, Kinnosuke, but Kinnosuke is extremely expensive for some reason. Nobuko is confused by her husband’s unusual appearance. Then, he learns that there is a hidden past between Kinnosuke, Ichinoshin, and Kazue.
Suzuka Ohgo, Yasuomi Sano, Hazuki Shimizu, Ryuju Kobayashi, Ichiro Mikami, Wan Marui

s56_04_botan.jpg February 9, 2022 (Wednesday) BS Premium from 7:00 to 7:29 “Botan Flower Score, Part 1”
February 10, 2022 (Thursday) BS Premium from 7:00 to 7:29 “Botan Flower” Nana, who has a masculine
personality, has been practicing Naginata every day against Tsunejiro, who longs for her brother. One day, the two meet a young warrior who has suffered a sword wound. Nana takes the young man home to take care of her, but she is gradually fascinated by her personality, which has some melancholy. Then, thinking of the young man who left without telling his name, he was struck by his first love. Tsunejiro cares about Nana, who can’t even practice Naginata. However, when the identity of the young man was revealed, Nana and Tsunejiro were involved in a big conspiracy.
Manami Igashira, Shunya Shiraishi, Reiya Masaki, Kenji Uchikura, Yukio Tsukamoto, Tsuyoshi Nakano, Ryouhei Abe, Kazuma Yamane

s56_05_yuurei.jpg February 11, 2022 (Friday) BS Premium from 7:00 to 7:29 “Yurei Rental House” Yaroku
, a craftsman, is an order of magnitude lazy. The disappointed wife also leaves the house. A beautiful ghost, Ozome, appears in Yaroku’s house. Yaroku is immediately drawn to the dyeing that makes something smart. One day, Yaroku, who was told by the landlord to go out if he couldn’t pay the rent, was worried about the money. However, for Yaroku who still refuses to work, what Dye proposed was a “Yurei rental shop” business.
Hiroyuki Onoue, Hana Hizuki, Yu Tokui, Hazuki Shimizu, Ryosuke Takei

s56_06_hanbake.jpg February 15, 2022 (Tuesday) BS Premium from 7:00 to 7:29 “Half
-Kake Matadaira” The only daughter of the Yaegashi family, Sugie, is running the dojo for his father, Mondo Nakamura. At the dojo, there was a man named Matahira, a younger man who was nicknamed “half-baked” by everyone and was teased by something. However, for some reason, Sakue was more concerned about this Matahira than the teachers who would be his father’s successors. One day, Shusui announces that one of his teachers will take over the dojo and marry Sugie. Upon hearing that, Sugie makes an unexpected proposal to his father. 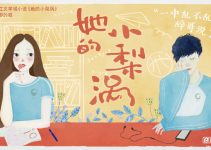 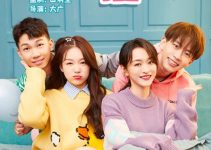 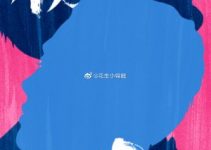