The play is adapted from the novel “The Pursuit of the Murderer ” by the Chinese mainland writer City of a Thousand Feathers , which tells the story of a sensational serial murder case in the fictional coastal city of Donglin

In Donglin City, a coastal city with a mix of old and new urban areas, serial murders and dismemberment cases broke out one after another.

Unexpectedly, the news of this unsolved case was leaked, and it was even reported by Gossip Weekly, which specifically cited the social elite criminal Liang Yandong, in order to make fun of Donglin City as if it had become a crime city.

Just when the police were at a loss, they received a mysterious phone call, pointing out that the police investigation was in the wrong direction.

The call came from Donglin Prison, and it was the criminal Liang Yandong who leaked the information to the police.

He secretly approached the rookie detective Ren Fei and planned to make a deal with the devil.

At the same time, the most bizarre horrific murders in history also broke out in the prison.

The seemingly suicide cases were a series of meticulous and bizarre murders, and even targeted Liang Yandong as the target of killing, but the surveillance screen showed Liang Yandong struggling alone.” Suicide”, Liang Yandong unexpectedly discovered that behind all this, there seems to be a larger evil force planning to deploy. The criminal tactics without flaws and the serial murder case without the murderer forced Liang Yandong and Ren Fei to work together to go deep into the murder scene and compete with the murderer, so as to seek justice for the deceased and find out the truth 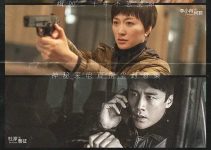 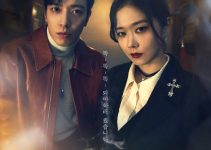 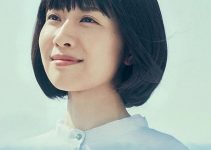