Spring Edo where cherry blossoms are scattered. A situation occurs in which the shogun falls ill and shakes the Tokugawa administration. Amari Bizen Mamoru (Matsumoto Koshiro), an old man, is told by Shogun household affairs (Onoe Matsuya) to “call that man.” Unaware of such things, the concentric Unokichi Yamaki (Hayato Nakamura) of the Minamimachi Gyosho recently became addicted to visiting temples and shrines, and passed by himself in the temple grounds with two mysterious men (Hayato Nakamura). Meanwhile, in Edo at night, a mysterious Kago who calls himself Kofu’s duty number is attacked. Unokichi’s senior Minamimachi concentric Murata (Hiroyuki Ikeuchi) and others encountered there, and the incident went in an unexpected direction.

-Future
story- This called “that man” is the younger brother of the shogun, Yukichiyo, who looks exactly like Unokichi! !!
A lone wolf who is brave and decisive, and has no sword arm, but is unmanned and keeps no one away. And immediately, someone starts to assassinate Kochiyo. Kochiyo was secretly summoned to Edo, but he escaped from the mansion and went missing. In order to protect the life of his successor candidate, Amari Bizen, from the assassins, the troubled Rōjū, Amari Bizen, concentric at the Minamimachi Gyosho as a fake, Kochiyo, and a fake, Yamaki Unokichi. To work as. However, Kochiyo, unlike his sword arm, his investigative arm is useless and useless. He often replaces Unokichi and solves the case! Friends who are swayed and upset like Unokichi Yamaki. 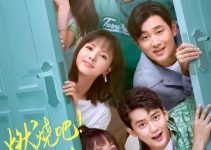 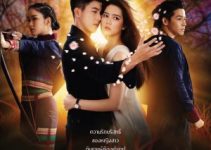