Prepare for thrills with in-depth social media In the world of applications, when “MONO ORIGINALS” continues the fun, continuing the fun from the popular teen movie “App War” takes a deep dive. To the dark side of the technology world From the dark drama-thriller series “App Puan Muang (DARK APP)”, you can watch all 6 episodes from Thursday, December 9, 2021 via “MONOMAX” )” Leader of copyrighted online movies under the “MONO NEXT” group, created by Two directing masters such as “Sue Yanyong Kuru Angkoon” and “Kung-Chatchai Hongsirikul” will tell a story about the fight for dreams, Friendship and love of the new generation that sparks forward in creating applications until becoming interested in society and make business people want to invest But with the extreme difference between the beautiful world app “ALLIANCE” or “ALLY” and the underground app “FOEman”, causing various problems. Followed by conveying the emotions of the characters through new and old actors. with a lot of talent, such as Ji-Suthirak Subwijit, Best-Nattasit Kotmanatwanich, Yada-Narillaya Kulmongkolphet, Nina-Nichanart Phrommat, Draft-Thanat Phakthong Sing, Nat-Nat Sakdatorn, Thep-Phongthep Anurat, Chaturong Phonboon, etc.

The series “App Puan Muang (DARK APP)”, a story caused by “Ploy” (played by Yada-Narilla) and “King” (played by Nina-Nichanat) join hands to create app For a society called “ALLIANCE” or “ALLY” app a beautiful world of volunteer people who sincerely want to help others. Including some people who want to make themselves look good through social media. Helping everyone, whether it’s a critical problem, such as a person who will give birth / ischemia / a snake entering the house… to find a friend walking through a lonely alley

while “Gear” (played by Jee-Suthirak) cooperates with ” Max” (played by Best-Nattasit) creates an underground app called “FOEman”, an app that uses borrowing from others. Retaliate – teach those who are against each other, instead of themselves, from pranking people for fun to intimidating. to reach the desired goal Where the person who is hired or even the owner of apps and websites can’t identify the employer.

As soon as the app was launched, it quickly gained popularity. But.. the smooth way of the app. Both of them had to stumble. When those app users They all have different advantages and disadvantages. causing unexpected problems and when walking to a dead end In the end, both of them had to fight. And solve problems that occur at the same time.

“Gear” >> application programmer “FOEman”, played by Jee-Sutthi. Rak Subwijit,
My interpretation of this chapter is that the creation of Gear’s “FOEman” app was born from a character’s turning point. After the mistake of making good apps before, life was a bad one. The idea of ​​making a dark app arose, an app that was like a vigilante. Used to deal with people we don’t like. but from doing it for the sake of satisfaction But it resulted in his life going dark. and gets involved in a dark business hidden underground by default

“Max” >> application programmer dark line “FOEman” played by Best-Natasit Kotimanuswanich,
for me, “Max” is one of the worst characters in the series. He is a fun-loving person who likes to take risks and is always excited. Be a real dark side programmer. Where anything is illegal online It’s what Max is most comfortable with. And being the co-founder of the application “FOEman” aims for “money”.

“Ploy” >> Application programmer “ALLIANCE”, played by Yada-Narinya Kulmongkolphet,
“Ploy” is a programmer who wants to fix something that I myself made a mistake. So she came up with an application to help society. To be a medium for people who have problems in various matters You don’t have to be a person in uniform. But everyone can help each other. I just want to help. but in the end The intention of creating a good app will also leave some loopholes for some people to take advantage

of. )” Nina-Nischanart Brammat
in the role of “King” is a confident woman who has a working woman. have high confidence rather has a bold style of dressing Meticulousness in work, holding a motto, slow but sure, is another important character in this series. As the founder of the beautiful world app
In addition to 4 important characters, the cause of the birth of “App Puan Muang (Dark App)”, there are also 2 other important actors that are indispensable: “Jaturong Phonboon” and the role of “former maritime police” who still Volunteer to do good deeds through the ALLIANCE app, but with the power of social media that came unexpectedly It can cause problems as well. And when there is crime online, the role of the “Technological Crime Suppression Police” is also indispensable. In this story, two directors put “Draft-Thanat Phakthong Sing”, a young model who holds the title of GQ Man 2018, to be responsible for investigating online cases in this series. In a way that..bites don’t let go 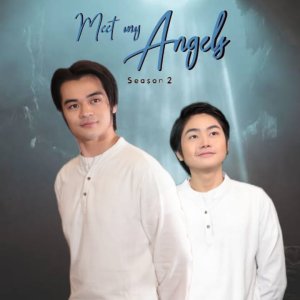 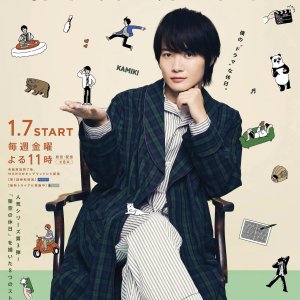 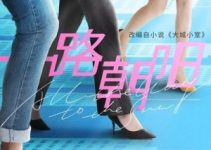