“Nakamura Nakazo”, which is popular for rakugo and storytelling, is a story based on the true story of the legendary Kabuki actor Nakamura Nakazo (1736-1790) from the Edo period. This time, Kabuki actor Nakamura Kankuro, who has a deep connection with Edo’s premier playhouse, Nakamura-za, who was enthusiastically loved by the Edo people, will play the story centered on the nationally popular “Tadaomizo”. increase. This is a year-end entertainment giant that encourages and inspires modern Japanese people who live in the midst of a sense of obstruction. Synopsis [Part 1] Nakamura Nakazo (later Nakazo / Nakamura Kankuro), who was an orphan, was raised by a couple of Nagauta and dance master (Mayumi Wakamura). Masahiro) became a disciple and was working hard to train as an actor. Nakazo, who is good at dancing, showed talent such as training female onnagata Segawa Kinji (Nakamura Shichinosuke) and others, and caught the eye of the second generation Matsumoto Koshiro (Masachika Ichimura), a popular actor called “Great Stander”. It will become like that. However, Nakazo was also called to the tatami room of Nizaemon Yoshikawa (Shosuke Tanihara), a wealthy merchant of Denkuro’s favorite line, and he decided to quit the actor and dedicate himself to Yoshikawa. It was a choice to help his father who had fallen ill, but Nakazo couldn’t give up his dream as an actor. He eventually married the shamisen daughter, Ogishi (Mone Kamishiraishi). I asked for the forgiveness of my former master, Denkuro, and I will restart from the lowest actor named “Inaricho”, but what I was waiting for was a fierce bullying … [Part 2] Mysterious Samurai (Fujiwara) Nakazo, whose life was saved by Tatsuya), returns to the playhouse. A new author, Sansho Kanai (Yasunori Danta), comes under the name of Danjuro Ichikawa, the fourth generation who changed his name from Koshiro. He is a musician who takes the nickname of the sea cucumber. Nakazo, who played the foot of a wild boar in a play written by Sansho, was a feat that excited the audience, and was liked by Danjuro. At one point, Nakazo, who was given the role of giving a message to Danjuro, suddenly turned his head white with the essential lines flying! However, he survives the pinch of desperation with mysterious help, and more and more captures the heart of Danjuro. Eventually, the path to an executive actor called the “title” will be opened. In the world of Edo Kabuki, which has a strict social division system, it is unprecedented. It was Sansho who stood there. The next work of the troupe is the super popular performance “Kanamoto Tadaomizo”. Sansho secretly assigns Nakazo, who expects a good role, a sober role that appears only in the fifth stage, which is ridiculed as “bento curtain”. Is there a big reversal in Nakazo, who was forced into a predicament? [Broadcast Schedule] Saturday, December 4th and 11th, 2021 9: 00-10: 29 BS Premium / BS4K [Screenplay / Direction] Takashi Gen (“Kyoto’s Secret Fun” “Make it a slow samurai” “Rising Wakaoka”) [Sound music] Kaitaro Abe [Performance] Kankuro Nakamura / Moeon Ueshiraishi Nannosuke Nakamura / Shosuke Tanihara Mayumi Wakamura Matsuya Onoe / Masahiro Takashima / Tatsuya Fujiwara / Shunsuke Daito Atsushi Yamanishi Kazuyoshi Hamaoka Hirotaro Honda / Yuko Natori Takashi Sasano Renji Ishibashi / Kotaro Yoshida / Yasunori Danda / Masachika Ichimura [Production Supervisor] Kayoko Miyasaka (NHK) Jun Ito (NHK Enterprises) Kaoru Yamaki (Ottimo) [Producer] ] Naoko Kawasaki (NHK Enterprises) Yasuo Yagi (Ottimo) Atsushi Morii (Toei Kyoto Studio)

Nakazo, who was saved by a mysterious samurai (Tatsuya Fujiwara), never gives up on his role as an actor. At that time, a new author, Sansho Kanai (Yasunori Danta), will come under the 4th generation Danjuro Ichikawa (Masachika Ichimura). Those who face themselves are the musicians who try to crush them thoroughly. Nakazo is making an unusual career with the backing of Danjuro, but it was Sansho who stood in front of it. He gives Nakazo a completely flowerless role in the popular program “Chushingura”. His wife Ogishi (Mone Kamishiraishi) scolds her depressed husband. Is there a one-shot reversal in Nakazo? 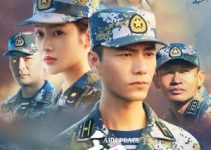 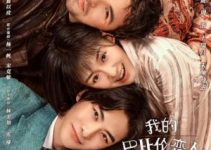 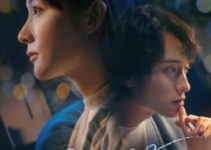