The plot of this work is no longer based on the ancient Shushan Mountains , and uses the new Kunlun Mountains Qionghua School as the background. When Yun Tianhe, who lives on Qingluan Peak, was hunting wild boars, he ran into a young girl, Han Lingsha, who was about to break into her parents’ tomb. When the two accidentally bumped into the tomb, the Wangshu sword on Yun Tianhe suddenly changed. Yun Tianhe will look at Shu with a wave, and immediately destroy the entire tomb. Later, Yun Tianhe went down the mountain with Lingsha in order to learn about the past of his parents. By chance, he met Liu Mengli, the daughter of the Liu family of Shouyang, and Murong Ziying, a disciple of the Kunlun Qionghua School, and became friends. During the journey of seeking immortality from heaven to earth, Yun Tianhe gradually came to know an old incident, which led to many doubts.

Why did your parents live in seclusion on Qingluan Peak? Why is there a layer of ice in my parents’ tomb? His father seemed to be a master swordsman, but why did he never teach himself advanced martial arts? The Kunlun faction spares no expense for immortal cultivation, but what kind of secrets are hidden behind it? As the heavy past buried under the wind and sand of the years becomes clearer and clearer, the mysteries will finally be completely solved, and the end of the lost road is another amazing disaster and love calamity… 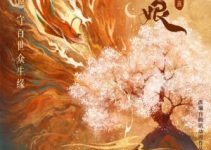 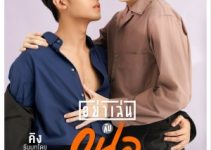